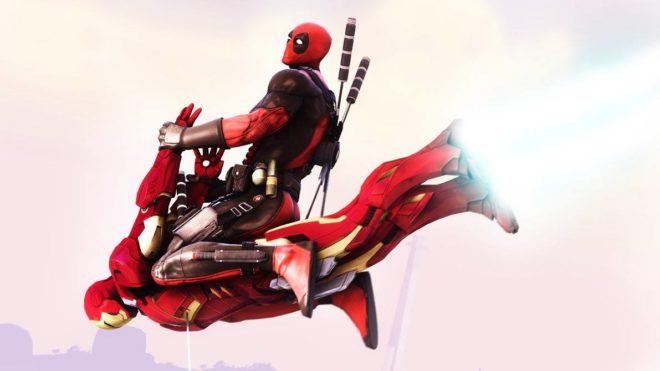 Nazroth came up with the great idea to discuss play speed in Infinity, and how to improve it. He’s got some great ideas on some mechanical things you can do to cut down on wasted time and effort: organize your tokens, print your lists, that sort of thing over at Bromad Propaganda. I’ve reproduced his slides here for your convenience.

We’re going to look at the other side of things. Nazroth has helped you organize things on the table, let’s talk about how to organize things in your mind! We’ll look at how to improve your decision making speed, little shortcuts, that sort of thing.

“Four or five moments – that’s all it takes to become a hero. Everyone thinks it’s a full-time job. Wake up a hero. Brush your teeth a hero. Go to work a hero. Not true. Over a lifetime there are only four or five moments that really matter. Moments when you’re offered a choice to make a sacrifice, conquer a flaw, save a friend – spare an enemy. In these moments everything else falls away…”

To paraphrase Deadpool, basically there are 4-5 major points in a game where a decision really matters. What I’m getting at is most of the time, you can make a good but not optimal decision and still win.

Maximum effort doesn’t necessarily mean making a perfect decision every time, but it does mean putting in a bit of up-front prep time to learn a few mental shortcuts to help you out. So, without further ado, let’s get into the thick of it.

I just want to quickly outline what we’ll be talking about, to get the context fixed in your mind. We’ll go into more detail with examples later. We’re basically trying to reduce your cognitive load by giving you some mental shortcut rules.

I talked about this in detail with examples here:

To sum it up quickly though, we’re looking to define around 3 goals to help you focus your attention during your game. Let’s take Supplies as an example mission. Your goals and prioritization of them for Supplies could be as simple as:

These goals can be really powerful. If your opponent has a big scary ARO threat, do you throw yourself at it and try to kill it, or do you just drop smoke and go get a box? Or, if you’re PanO: just shoot it. We can get put under a lot of pressure during a game, as I discuss here:

Leverage your goals to help you slip out from under the pressure and properly focus. If you’re feeling stuck and getting stressed out, the tendency can be to try and evaluate all options. You can filter some of them out immediately as not being helpful. If your opponent killed a big piece on their turn, you might want to retaliate. How does that help you get the boxes in Supplies though? Chances are it doesn’t.

Have a list of goals, and stick to them. It’ll not just improve your play speed but it’ll help you win games!

I’ll leave you with one more battle report, where I don’t have a plan and my opponent does. He sticks to the same two goals as above, and doesn’t have an issue with play speed, and SPOILER: wins the game.

I’m not suggesting you plan out every order, but you can make a quick sketch. Let’s use Supplies again as an example. If your goal is to get a box, what boxes are left? What do you have nearby? Roughly how many orders do you think you’ll need to get there? How many orders do you need to set up for next turn?

This also can help you with deployment. How is this link going to move forward? Are your specialists near the objectives? Do you have smoke covering the right parts of your army? Lots of little decisions that can get made if you have a general idea for what your turn will look like. You don’t need to worry about exactly where the enemy will be, just that your Intruder will handle things on the left, and your Kriza things on your right, for example. Then just put the smoke guy somewhere near the Intruder, and call it good.

Part of development in Infinity is range and movement estimation. There’s no substitute for experience here, you have to build the neural pathways to do it. Practice makes perfect. Once you get more comfortable with estimating though, then you can guess that it’ll take you maybe 2 orders to get to the box, an additional 2 to kill an ARO covering the box, and then 3 orders to get the box and run away with it. That’s looking like a full combat group of orders, so don’t worry about anything else and just do that.

Yes, there’s a lot of nuance that we’re glossing over here, but what we’re trying to do is improve your play speed so you can get more games in and experience that nuance for yourself. Ideally you’d also think about how these estimates influence your next turn, if you’re prioritizing correctly, if you have good backup plans, etc. but remember, we’re trying to go fast! Once you get faster at estimating, visualizing, and planning, you can start to add in more state space to explore and complicate the problem again.

Here’s an example of how I used a list of goals to help me plan turns:

There can be a lot of time wasted thinking about odds in this game, and also referencing your army list looking at stat lines. That’s all important, and yes, you should know your army list and spend some time in the Infinity Dice Calculator after each game, but during the game isn’t the time to be figuring that out. Here’s an example of how you might use the Dice Calculator post-game to re-examine your decisions:

As I said in the Key Concepts section above, it really doesn’t matter what the your Alguacil’s BS is if you roll a 20 or a 1. That’s almost always a miss and a hit, respectively. If you roll a 10, then you can go look it up.

That’ll probably cut the times you need to reference your sheet down by 30%, if not 50%, speeding up your game. Yes, you might miss a crit if you do this sloppily. It’s not the end of the world if you do. If you have a gut feeling that something’s a crit, take the time to go look. If you’re pretty sure it’s not, move on. The same applies to ARM. If you roll a 1, you take the wound. If you roll a 20, you don’t. Check stats only when it matters!

So often, people are stopping to look at their army list to look at a profile for their exact target number, when generally just rolling the dice will give you a pretty good idea of success or failure.

I generally assume target of about 8 and below is a good enough success to hit on either side unless there are some serious modifiers, such as range, or ODD/TO. When either of us rolls a bit higher than that, then I will do a tighter accounting of the Target number.

Note that this isn’t license to roll dice and then pick them up before your opponent can look at them. Make sure you both are happy with the resolution of the die rolling before you proceed to touching your dice!

The difficult one is how to estimate odds. If you suspect you might be rolling on 2’s, take the second to look up your stats. If your target numbers are pretty close to your BS, well, there are a few guidelines for that:

To illustrate the BS mods approximation for burst mods, let’s look at a Grunt his rifle shooting at an unlinked Fusilier. Both are in cover, and it’s the Grunt’s active turn (I chose this so I could set up an easy scenario using combi and rifle rangebands). The Fusilier is always at BS 12, Burst 1. Columns are left to right: scenario, % win, % draw, % lose. Here’s the -1 burst versus -3 BS case:

Clearly the numbers are not the same, but they’re damn close, and it’s not worth your time thinking about it during the game. Play around with different scenarios in the dice calculator to get a feel for it.

This idea could really use its own article, so perhaps someday, in my copious free time, I’ll write that. Basically what I’m getting at though is that a lot of stuff in this game behaves in the same way.

Try to see what similarities exist that make sense to you so you can reduce the things you need to remember and consider. Here are some examples:

Diving into the first example, you don’t need to think about what an HMG will do. In the active turn, it has a really high likelihood of killing your guy. A BS 14 HMG is about as bad as a BS 11 linked HMG, is about as bad as BS 13 HMG with Mimetism, etc. etc. They throw dice at you, you lose the F2F, you die.

In most cases then, it doesn’t matter what’s carrying the HMG that’s shooting at you. It all boils down to if numbers for dodge are better than shooting, then dodge, else shoot! You’re just hunting for good numbers by setting up smoke, visual mods, better positioning to get good rangebands, etc.

Here’s a sample chunking or grouping of unit profiles into different roles in my list:

There are tons of chunkings you can make out of similar models/profiles and ideas, so spend some time thinking about what makes sense for you to group together. You can save some time agonizing over about how to respond by applying similar solutions to similar problems. Again, I’m only scratching the surface here–we can go in pretty deep on this concept.

If all else fails and you’re still waffling on a choice, just pick the first option you thought of and do it. It may be bad! That’s okay. We’re trying to go fast and make mistakes so we can learn from them. Get more games in, make more mistakes, learn more. If you want to know more, go look at the literature on project based learning. Maximum Effort!

One thought on “Tactica: Maximum Effort”