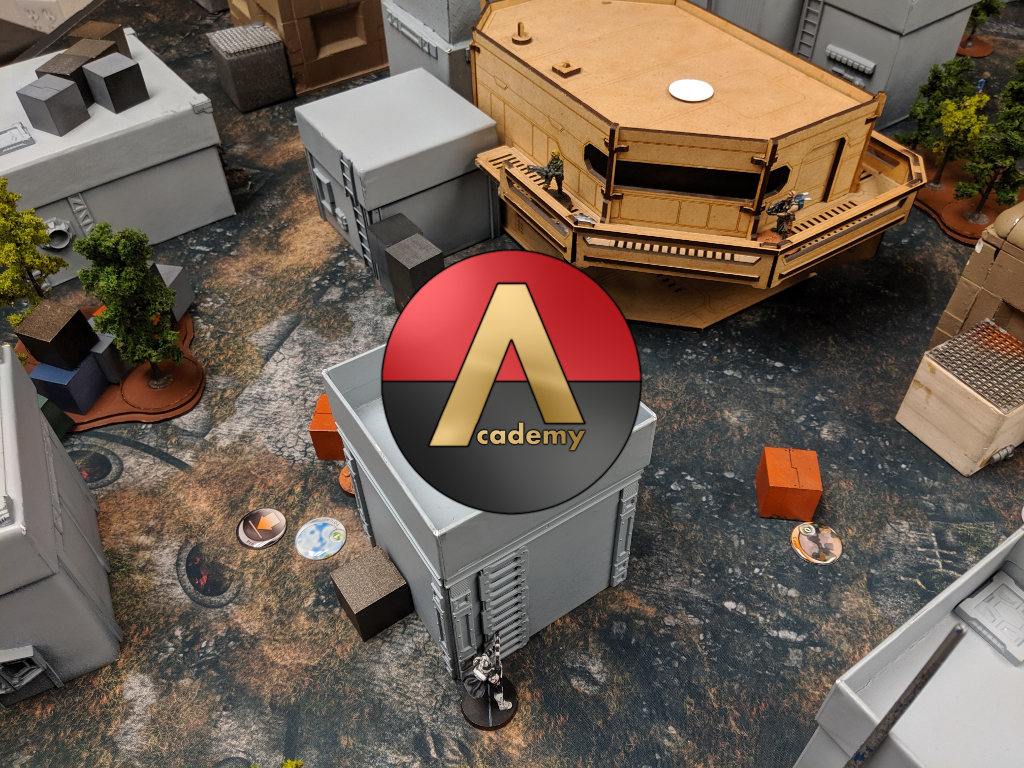 We’ve got a guest article from Isaac (xammy), PanO Muckity-Muck! He’s very fond of his TO camo troops out of NCA (I am not fond of them at all), and kindly agreed to write this for me, making time in his busy schedule and family time. Thanks, Isaac!

TO camo is costly and potent. The marker state alone affords mobility protection when you don’t have a safe route to your objective. How can you protect this asset from being eliminated before you get your points worth out of them?

You’ll need to protect that asset until you are ready to bring it to bear. You need to bide your time. You will need to master Hidden Deployment.

I’m not going to spend a lot of time describing what hidden deployment is, so if you are unfamiliar with the core mechanics of Hidden Deployment please read the wiki: http://infinitythewiki.com/en/Hidden_Deployment

I’m going to talk about three aspects of Hidden Deployment that you need to consider when utilizing TO troops: Placement, Timing, and Tactics.

When considering where to deploy your HD troop I have to consider the purpose and planned use for that trooper. Is this an attack piece, a specialist for objectives, or a roadblock for your opponent? Does it need orders to fuel its role? Let’s work through some of these considerations.

They don’t care about objectives, unless the objective is to kill. These are troops like the Hac Tao HMG, Swiss Guard HMG, Hexa Spitfire, Noctifer Spitfire, or more powerful unit’s like the Anathematics, Cutter or Sphinx. They need orders to be effective and often struggle to make an impact if they have to share those orders with specialists or other attack pieces.

TO specialists are typically hackers or forward observers, which come with their own set of useful tools outside of pushing buttons, but I’m going to consider that you will try to utilize all those fancy tools once the troop has completed its main objective. So let’s talk about specialists, their buttons, and the other objectives that may come into play.

Sometimes you just want to slow down your opponent so they can’t do what they want to do. And sometimes you don’t want them to know that is your plan. What makes a roadblock unit different than an attack piece, is that a roadblock unit can do its job with little to no orders. This means placement is going to be key to their effectiveness.

Skirmishers deserve their own category. The infiltration skill allows them to deploy all the way up to the 24 inch line (unless there is an exclusion zone). This is a great way to save orders on movement and bring tools to the midfield. Skirmishers can also fill any of the previous role without needing as many orders to get to where they want to, like: squishy targets, objectives or key enemy troopers.

The only real counter to Hidden Deployment is sensor. If successful, it won’t just bring you to the table, but it will reveal you as well. Take note of what troops have sensor in your opponent’s army, and how quickly they can get into a zone that will allow them to pull it off.

A side note to this are sniffers. This piece of equipment prevents you from recamoing if you are in it’s ZoC. So if your plan is to recamo you’ll have to plan on moving out of that zone or removing the sniffer. Both of those options will probably require more orders than you want to spend.

TO camo is an amazing tool that will provide safety for mobility, but also in deployment. Plan your orders before you even see the table. Make a strategy for how you will use those orders once you see the table. Lastly know why you put that TO camo unit in your list and make sure it does the work it was designed for.

And now you know.