Lately I’ve been very inspired to play with Airborne Deployment troops. Most likely it stems from my recent article on Ekdromoi, which led me to taking 3 Ekdromoi (including Diomedes) in a 200 point list to a local event. In either case, I went into the event with little regard for Airborne Deployment. I’ve used it a bit in the past with my USAriadna, as well as my Combined Army, but I never gave it much thought and rarely took much of it in more serious lists. That is, until now.

When I brought my triple Ekdromoi list to Raindog’s Rampage, I was thinking it was a silly gimmick of a list that wouldn’t really work, but would cause some laughs. After 3 games with it though, I’ve had to reassess the way I think about Airborne Deployment. Really looking at what was happening on the table, where I was causing devastating damage to my opponents forces, I wanted to understand why. Upon consideration with Jon, we came to the conclusion that Airborne Deployment is better thought of as a combination of Strategos, TO Camouflage, and Superior Infiltration. Something I’ll touch on again later in the article. 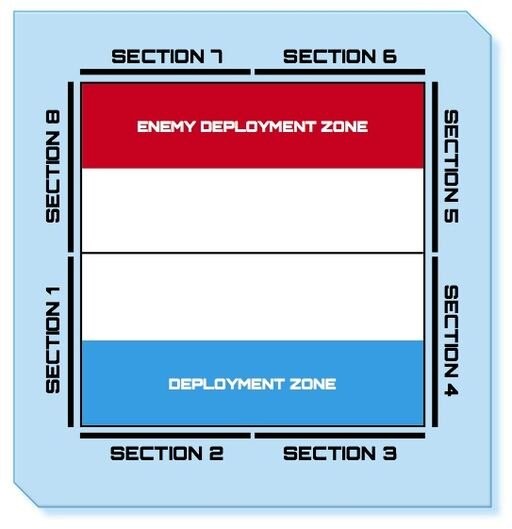 Either of these skills are great for getting troops up the board, unmolested by enemy AROs, but it’s also very easy to defend against. To really safely bring these models on, you’ll also want to invest in smoke to block the enemy from seeing the areas you’re deploying into. Airborne Infiltration is also usable by troops with higher levels of Airborne Deployment, even Inferior Combat Jump, it requires no roll, there is no chance to scatter, and it’s fairly safe from AROs (provided you’re out of LOF and ZoC). People often deploy their Airborne Deploy troops this way, due to its reliability. Using this level of the skill does offer some of the benefits of AD, but it really misses some of the devastating uses of the skill.

Parachutists and Reserves. Parachutists must pick the section they’re deploying from when the model would normally be deployed. This means if you hold a parachutist back as your reserve, you can pick where it comes in after you’ve seen your opponents deployment. On the downside, if you have multiple Parachutists this wont work, as one of them will have to pick during regular deployment, which will set the position for the other. 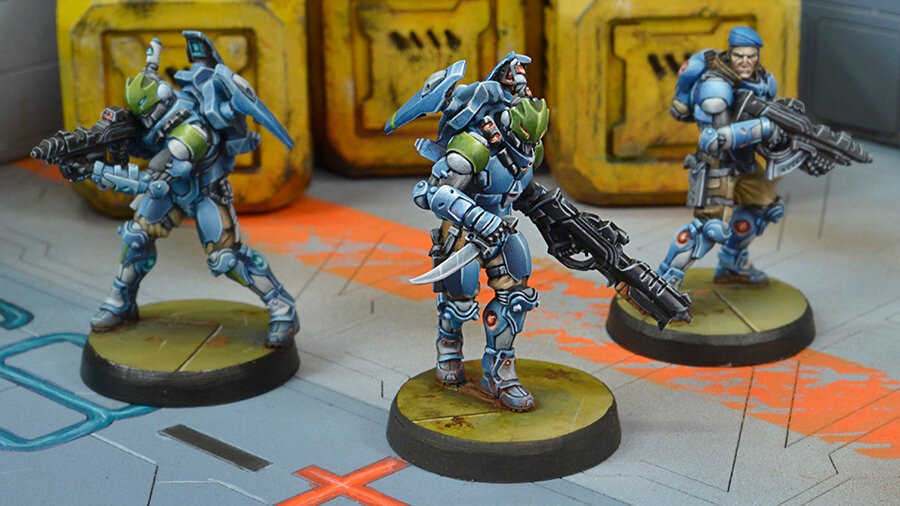 While there are multiple levels of the skill, they all essentially do the same thing. Inferior is only on Yuan Yuan and makes them roll PH-3, while Superior gives Hellcats some additional options on where to deploy should they disperse off the board or into the enemy deployment zone (you can try to land in the enemy DZ, but cannot disperse into it).

With that out of the way, let’s get back to a point I mentioned previously, that Airborne Deployment is the combination of 3 other skills:

Just think about that for a minute.

If a unit was added to Infinity today, which could be held in Reserve indefinitely, and appear anywhere on the table with Superior Infiltration that could be used to get into the enemy Deployment Zone, the internet would be lambasting Corvus Belli. They’d be accused to losing touch with the game and causing irreversible harm to the meta.

Now remember that these are tools that we already have, and just about every army can get them.

What to Watch For. With these benefits, it might be worth discussion what problems you may come across while using AD troops, aside from losing a chunk of your order pool. The first consideration is that you need a safe place to land! Enemy troops with 360° Visors are going to be problematic, similarly, enemy camouflage can draw a 360° field of fire. The more troops in your enemy’s army, the more of their side of the board they’re going to be able to cover with AROs, reducing the number of places for you to land. Enemy hackers using Hack Transport Aircraft are pretty unreliable, but not something you can totally ignore. One tool you have to deal with enemy AROs is the coordinated order, by landing all of your AD at once, even if in LOF of the enemy, they’re only going to get to react against one. It’s quite possible that single AD troop will die in the process, but it may be worth the cost to deliver the others safely. 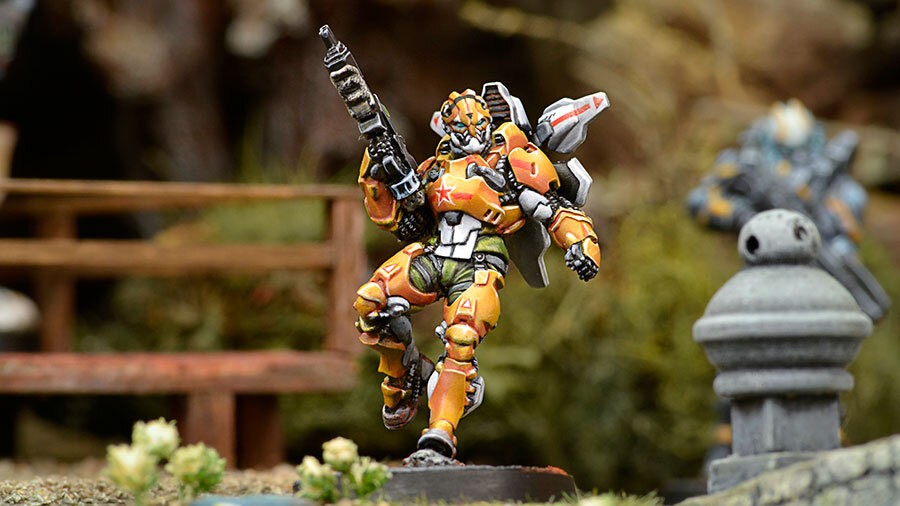 Now for the juicy bits, how do we use these wonders on the table? Most of you, if not all, have certainly used them before, maybe you like them, maybe you don’t. When you’re making the decision to take Airborne Deployment, I think it’s important to see what makes your factions Airborne Deployment unique. The Tiger Soldier is a monster to deal with, thanks to mimetism and decent ARM, great in the active turn for hunting down key pieces, they’re also a pain to dislodge in suppressive fire. The Fraacta and Diomedes are both multi-wound models with direct template weapons, allowing them to absorb an ARO shot while automatically hitting with nanopulsers. Some factions just have dirt cheap Airborne Deployment troops like the Ekdromoi (with Chain Rifle) Hellcat and Akali, freeing up points to spend elsewhere.

After you’ve decided that you’re going to go down the path of Airborne Deployment, it’s important to understand your level of commitment. Taking a single AD trooper can be fairly high risk, but a low investment for the potential outcome of getting a shotgun into the tender parts of the enemy. If you invest more heavily however, you’re going to have to start thinking about support. What does your army look like before the AD has arrived? How many orders can you spend on your AD troops after they land? Do you have the proper tools to support them? Personally, if I’m invested heavily into Airborne Deployment, I need to make sure the rest of my army supports them well, stalling the enemy long enough for the AD troops to arrive and deal their damage.

To EVO or not to EVO, that’s a legitimate question! At first, if you’re taking 2, 3, or even 4 Airborne Deployment troops, you’re going to be heavily inclined to take an EVO hacker, and for good reason, +3 PH to land is a big deal! That said, there is an alternative. Any hacking device besides an Assault or Killer hacker, has the Controlled Jump program, which does the same thing. This program does cost an order to use, which is why people often flock to the EVO, but it’s easy to overlook that the EVO itself can cost nearly as much as a cheap Hacking Device (like on a Fusilier or Zhanshi), plus another regular order. If you end up landing all your troops on the same turn, then you’re potentially getting two extra orders with the cheap hacker over a game. With this in mind, if you’re going to take an EVO, you should really strive to use it’s extra abilities as well, like EVO Overclock to buff flash pulse bots at the beginning of the game, and the hacking re-roll for your AD Hackers.

After making the decision to take Airborne Deployment troops, the main skill you’ll need to develop is knowing when and where to land. Your first instinct may be to bring in all your AD troops on turn 1, and that makes enough sense, bringing them in early means their orders are available to use in following turns, and you can start attacking right away. The downside is when you land to attack, you might be leaving yourself in a vulnerable position to be taken out in your opponents following active turn, you’re not going to generate those orders if you’re dead. Holding an AD troop back for a turn, letting your opponent move around the board, can open up more vulnerable positions for your AD troops to strike from. When you’re deploying AD troops, you shouldn’t be thinking about the enemy unit they can take out, think about the first three. Having a plan to take out multiple enemies will take the sting out if your trooper goes down after their initial strike. Using Airborne Deployment, in conjunction with Infiltrators, you can exert some serious board control. For fun, you can try to divert enemy forces into an ambush from yet another Airborne troop!

If you’ve made it this far, hopefully the gears are turning and you’re trying to figure out how to leverage Airborne Deployment in your next game. I suggest that if you are really going to give it a whirl, you go all in, take 3-4 Airborne Deployment troops and try to make them work for you. Like other special deployment skills, it’s going to take practice to get the most out of, so don’t expect instant success, but after a few games I’m sure you’re going to love it.