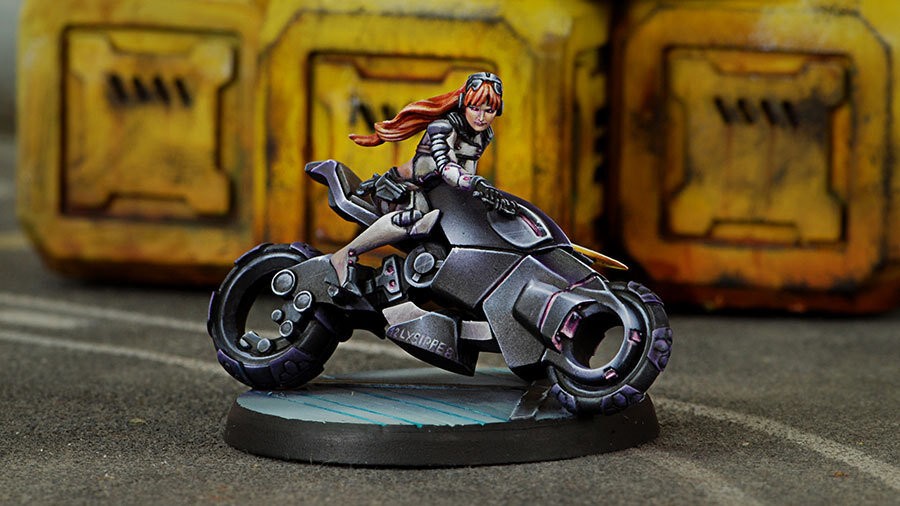 Kicking butt in a pony tail isn’t just for Achilles, the Amazons are both characters which are highly mobile, maneuverable, survivable, and outright deadly. Despite there not being a basic Amazon troop (yet), these Amazon Officers both have their own take on mobile warfare.

Starting off with the profile of a souped up Myrmidon Officer, Hippolyta is a brutal close combat killer, and effective gunfighter. CC23 with PH14, MA4, and an EXP CCW puts her neck and neck with Hector as the factions second-best melee trooper, nothing to be ashamed of when you’re comparing units to Achilles. To get her to the fight Hippolyta is protected by an ODD, Eclipse grenades, NWI, and ARM/BTS 3 when she gets hit. The most interesting rule that Hippolyta brings has to be Super-jump, and it’s this rule that really sets her apart. Super-jump gives her a level of maneuverability that is far beyond what other Myrmidon-esque characters can get. This allows you a lot of flexibility in picking your targets, where you can put her Eclipse Grenades, or handy for getting behind targets to cut apart or nanopulser.

Since Hippolyta is regular impetuous from the beginning, she can’t claim cover, but you can’t claim cover while using super-jump anyhow, so it’s not a huge deal, especially once you factor ODD into the mix. Due to her unique skills, and being Impetuous, Hippolyta is very much a solo piece. Keep an eye out for Shock/Viral weaponry, but other than that, she can be quite difficult to stop on her way up the board. For the amount of damage she can deal, she’s really not that expensive, so don’t feel too bad when she goes down. Given her ability to wreck just about anything in melee, and win a lot of gun fights by leaning on the ODD and slicing the pie with super jump, it’s hard to have anything to complain about. Perhaps the biggest issue with her is that she’s going to want a lot of your orders, which come at a premium in Steel Phalanx, and she another murder machine in a faction filled to the brim with murder machines. 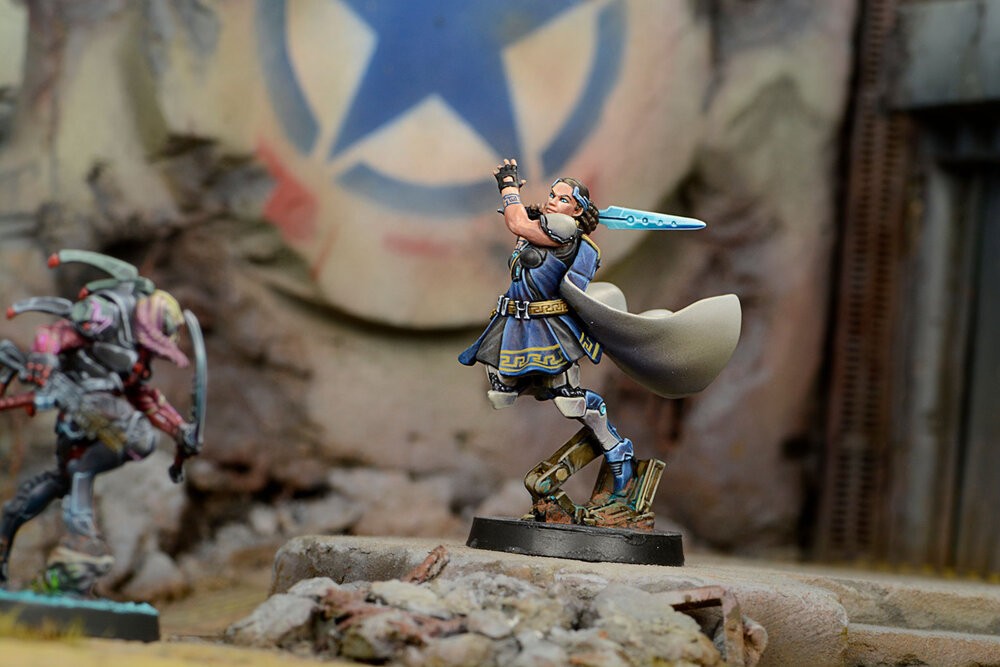 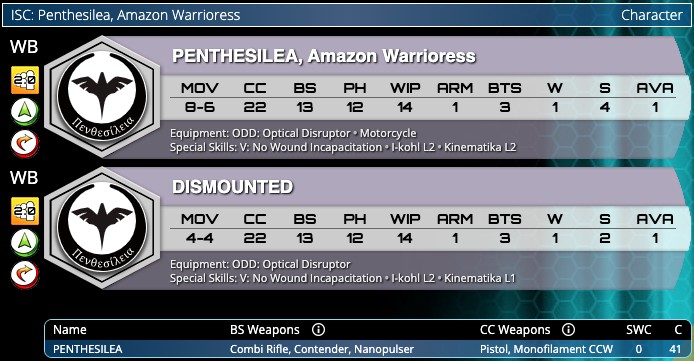 Usually just called Penny, Penthesilea is a lightning fast delete button. She rides an incredibly fast MOV 8-6 bike, that lets get get into combat with her CC22, I-Kohl L2, and Monofilament CCW as quickly as possible. At first glance she looks fragile, but don’t let that fool you, NWI backed up with an ODD makes her one of the toughest bikers in the game. Her ranged weapons aren’t terribly exciting, but you can still get a lot done with a combi rifle, while the contender gives her a scarier ARO, and she can shoot out consoles in Supremacy.

If you’re going to use Penny, it’s really important to know exactly how I-Kohl works, since it’s not exactly the same as Martial Arts. The first unexpected bit is that it applies to the enemy if you declare CC Attack (like Martial Arts), but ALSO if you declare Dodge or Engage, while you are in, or could be in base contact. So, if you are within 4” of an enemy, and they declare a BS attack, you can declare Engage (thanks to Kinematika L2) and impose a -12 penalty on your opponents shot (I-Kohl L2 + ODD), similarly if they shoot you while you move into base contact, they’ll also be at -12 (but only CC at -6). This skill also negatively impacts models with Berserk, effectively reducing their +6 to a flat +0. Unlike Martial Arts, I-Kohl does not affect the face to face roll, but simply imposes a flat penalty for being in base contact with the owner, so long as the owner is declaring Dodge, Engage, or CC Attack… it’s brutal.

Since Penny lacks smoke, which is fairly common on other bikers, it’s important to not get her stuck in a position she can’t fight her way out of. Instead of sending her in as a first-wave attacker, I think she’s better being held back until a path has been cleared. Once enemy ARO pieces and mines are cleared out of the way, she can race up the field and wreak havoc. It’s also worth considering putting her into suppressive fire, which when combined with ODD and NWI, can make her a terrible roadblock to deal with. 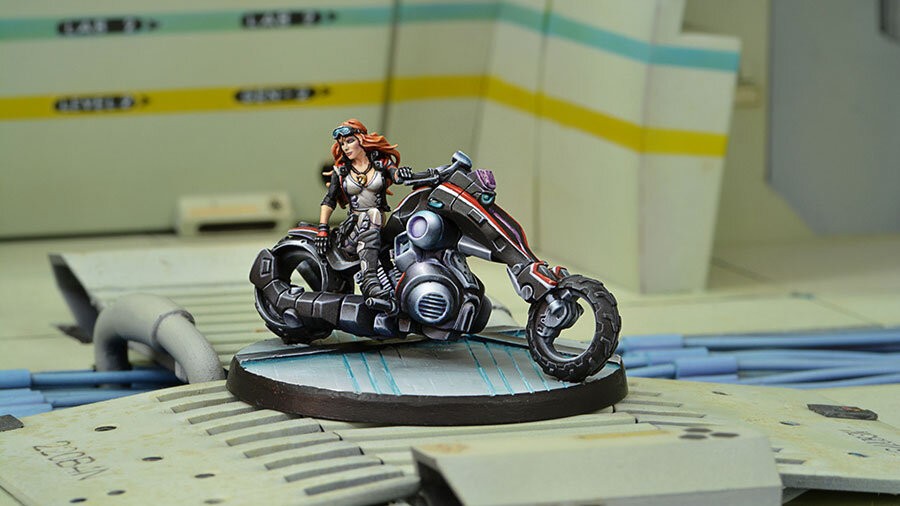