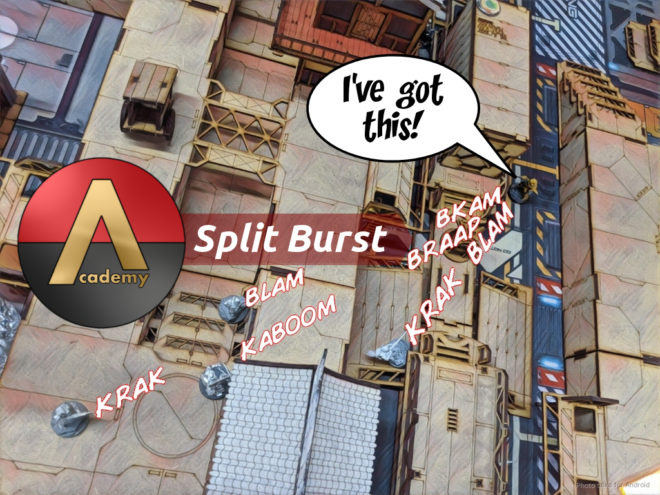 Well, with all this shelter in place stuff, it’s been difficult to get games in for a lot of people. Thankfully, Polynikes got in a response before the US went into lockdown, so you can check out his thoughts below! By default, he’s also this month’s winner!

Hay, I just had an interesting split burst situation come up, strangely, in a game of Power Pack.

I had my Yaogat sniper on the building complex and my opponent had a few annoyance aro pieces out [flash bot, war cor type of things.].  After some Daturazi smoke the Yaogat was able to move around the building avoiding all the dangerous AROs and split burst to engage the flash pulse guys.  Not the most order efficient at B1 but very safe and did kill off some stuff.

I ordinarily don’t comment much here, especially about the respondents, but I think there’s some relevant information you should know about Polynikes. For those of you not in the know, Polynikes was the #1 Infinity player in the world in 2019. He also runs a fabulous game store out of California called Mythic Games, which you can find here:

He also does battle reports on his YouTube channel. A lot of wisdom in there. I highly recommend watching his reports, especially if you’re an intermediate or advanced player. Here’s a recent example as of this writing:

He’s also a very friendly, helpful, and funny individual! If you get the chance to play him, take it! You’ll learn a lot.

I was lucky enough to play him at a tournament in Northern California, which you can check out above. –WiseKensai