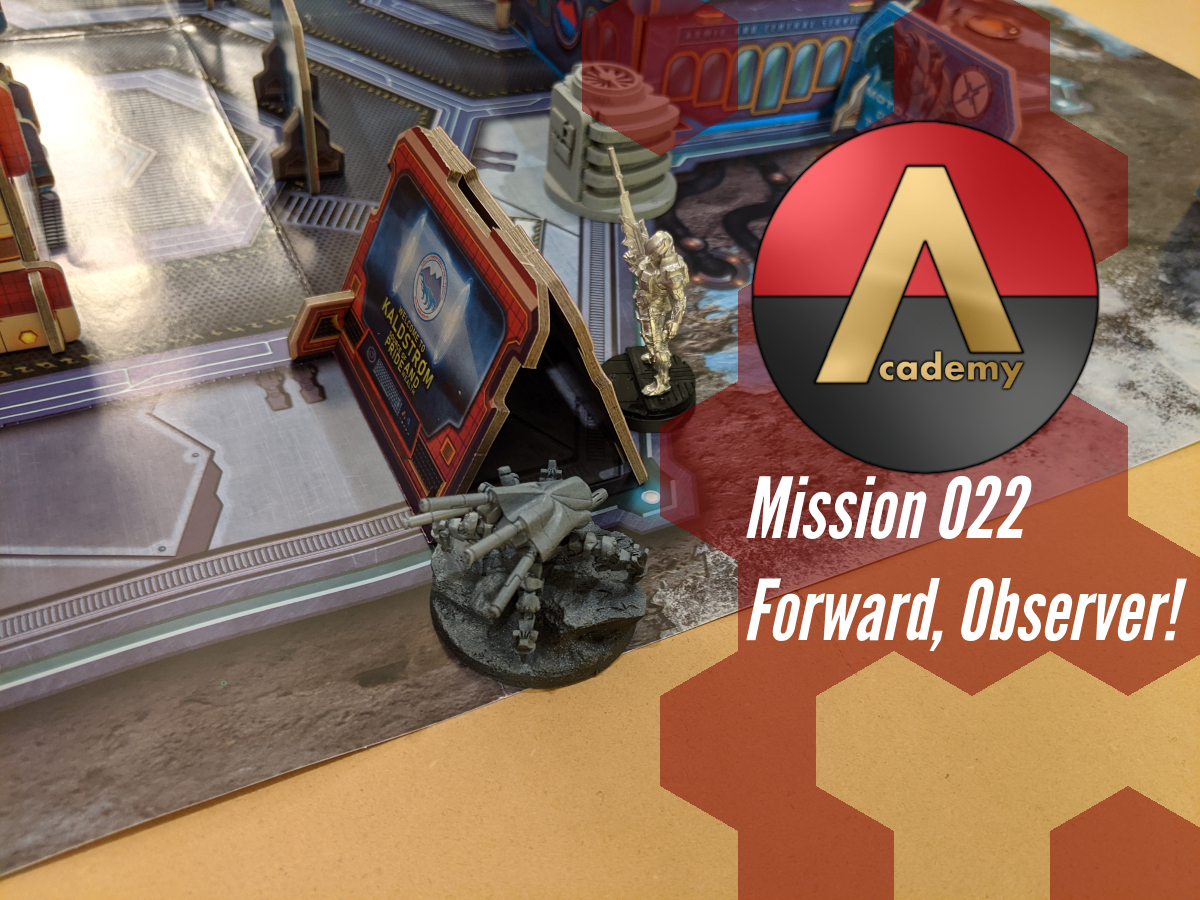 With the release of Code One and the upcoming PanO and Yu Jing remote resculpts, it’s time to take a(nother) look at the humble S3 specialist remote. You’ll find all sorts of names for them, from Messenger Drone (M-Drone), Pathfinder, Weibing, Oko, Stempler, etc., but they’re all basically the same thing: a 6-4 MOV specialist.

Some of you probably make regular use of these FO ‘bots (so named because of their access to the Forward Observer skill in N3 and presumably N4), and some of you may have had difficult integrating them into your playstyle. Regardless of your familiarity or opinion regarding them, I think we can all agree that FO bots offer a hugely varied toolkit in N3 and a cheap, fast specialist in Code One, so let’s explore their uses this month!

First off, if you can responsibly get a game in with a FO ‘bot, do it, and let us know how it went!

Also, we’ll be continuing our Code One painting contest through the end of June. As a refresher, here are the rules:

These are independent contests and you may enter both. We’ll hold a random drawing for this month’s mission and pick a overall winner for the painting contest. Both winners can pick a blister of their choice or a Bromad Academy patch to be delivered to their door!

Let’s take a look at our Forward Observer Bots, shall we? The Code One forward observer bots are pretty downgraded from N3–they’re missing a lot of what makes them unique.

This is a feature, though, not a bug. What it’s doing is teaching newer players that first and foremost, the FO bot is a 6-4 MOV specialist with a combi rifle. Why? Because completing objectives efficiently is the way you win games! So, if you’re playing Code One, enjoy that super fast specialist that only costs one point!

If you’re playing N3, well let’s have a look at the toolbox that the Forward Observer bot brings:

What other tricks do you employ/enjoy with your FO ‘bots? Let us know and be entered to win a blister xor a Bromad Academy patch! Stay Safe, Stay Sane. Good Hunting, Bromads!