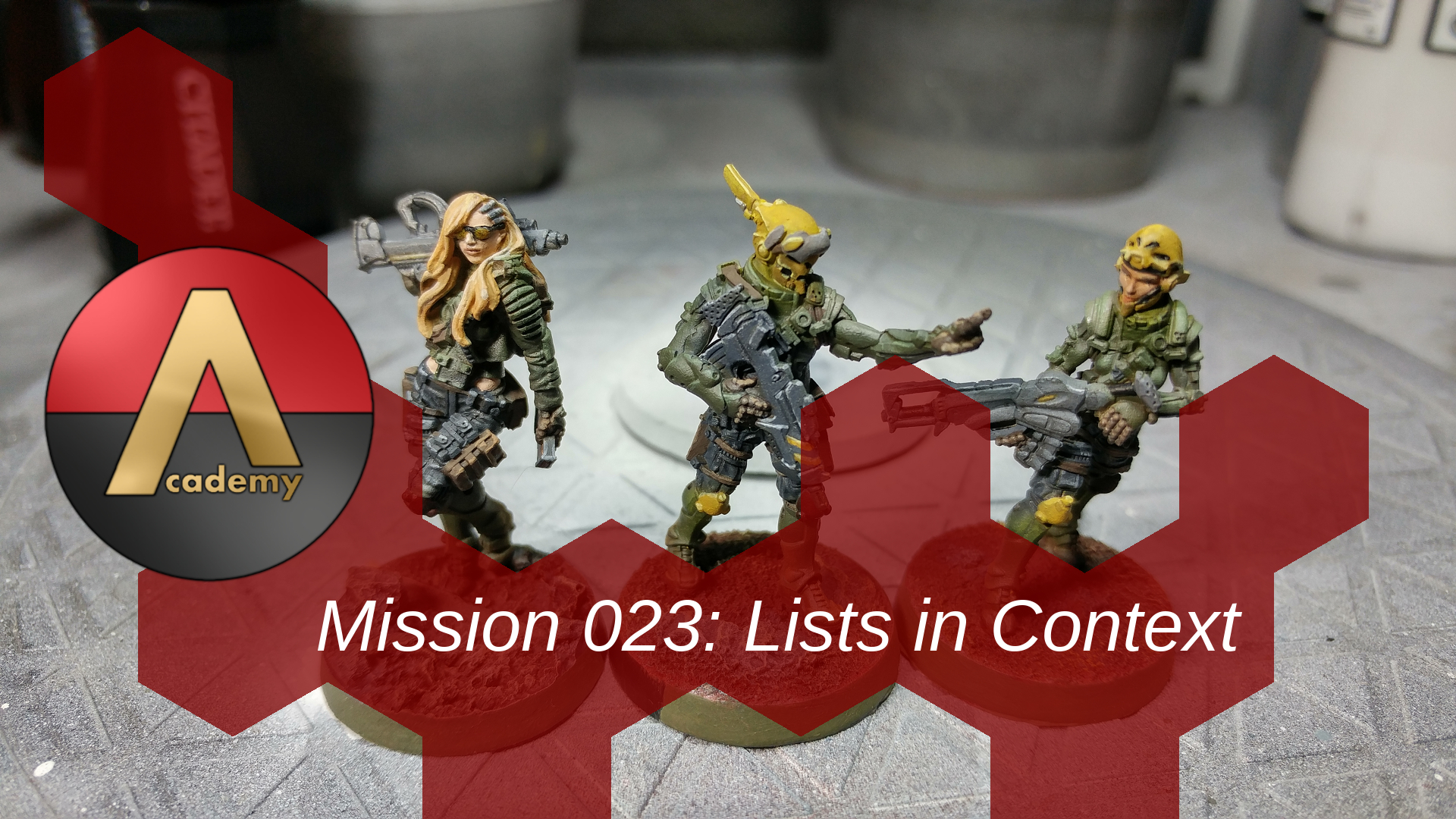 It’s July, and Adam and I are mourning the loss of Rose City Raid (RCR) 2020, which we were supposed to run at the end of June 2020. Adam designed a great logo for the tournament:

If you’d like to emblazon this rad logo onto your body, there’s RCR merch available here!

Rather than dwell on the loss of the tournament, I decided to turn these events into an opportunity. This month, we’re going to be focusing on list building.

Design two lists that you would feel comfortable taking to the RCR2020. If you get a game in with your list(s), tell us about that too! Here’s the mission list, in order:

The lists should be 300 points, no more than 2 combat groups, and should expect to face the RED classified deck.

To submit an entry to the mission, send the following to [email protected]:

That’s it! I’ll randomly select a winner from our respondents and you’ll get either a blister of your choice or a Bromad Academy patch!

Too often, I see lists posted to the internet with the simple question: “Is this good?” The answer, in my opinion, should always be: “it depends.” There’s a long list of followup questions, like:

Instead of a netlisting exercise, this month’s mission is intended to force you to not just build a list, but do it in a particular context, and encourage you to explain and justify your choices!

For the most part, all of us who might answer list questions on the internet would love to help you, we just need a lot more information about what’s going on specifically in your part of the world. In short, the issue is that everyone else is playing in a different environment.

Adam put it best though:

So, to help you help yourself grow as a player, and to help others help you better, let us try thinking about lists in context.

When preparing for a tournament, you have several options for list construction, which you can optimize along several metrics creating a multi-dimensional optimization space:

There are a lot of ways to do optimization along the above four axes (and there are more, to be sure), and everyone’s relative priority for each of those bullet points above will be different!

I tend to separate the missions for a tournament into two groups, and design a list to tackle each group separately, with a mix of tools to support different rangebands and terrain obstacles. I generally build redundancy into all my lists, so that tends to be present in both lists for a tournament, for me at least.

Some, however, build to fit different types of tables, especially if you don’t know what kinds of terrain you might face! You might have a list full of chain rifles and the other is full of sniper rifles and HMGs. I’d love to hear about how you solve this minigame inside the meta game of Infinity!

If you’d like more content on this, I take a deep dive into some of the lists that I took to the Best of the Pacific Northwest 2020 in Episode 4 of The Dice Abide LIVE!

You can find the written form of my lists and discussion about them here: