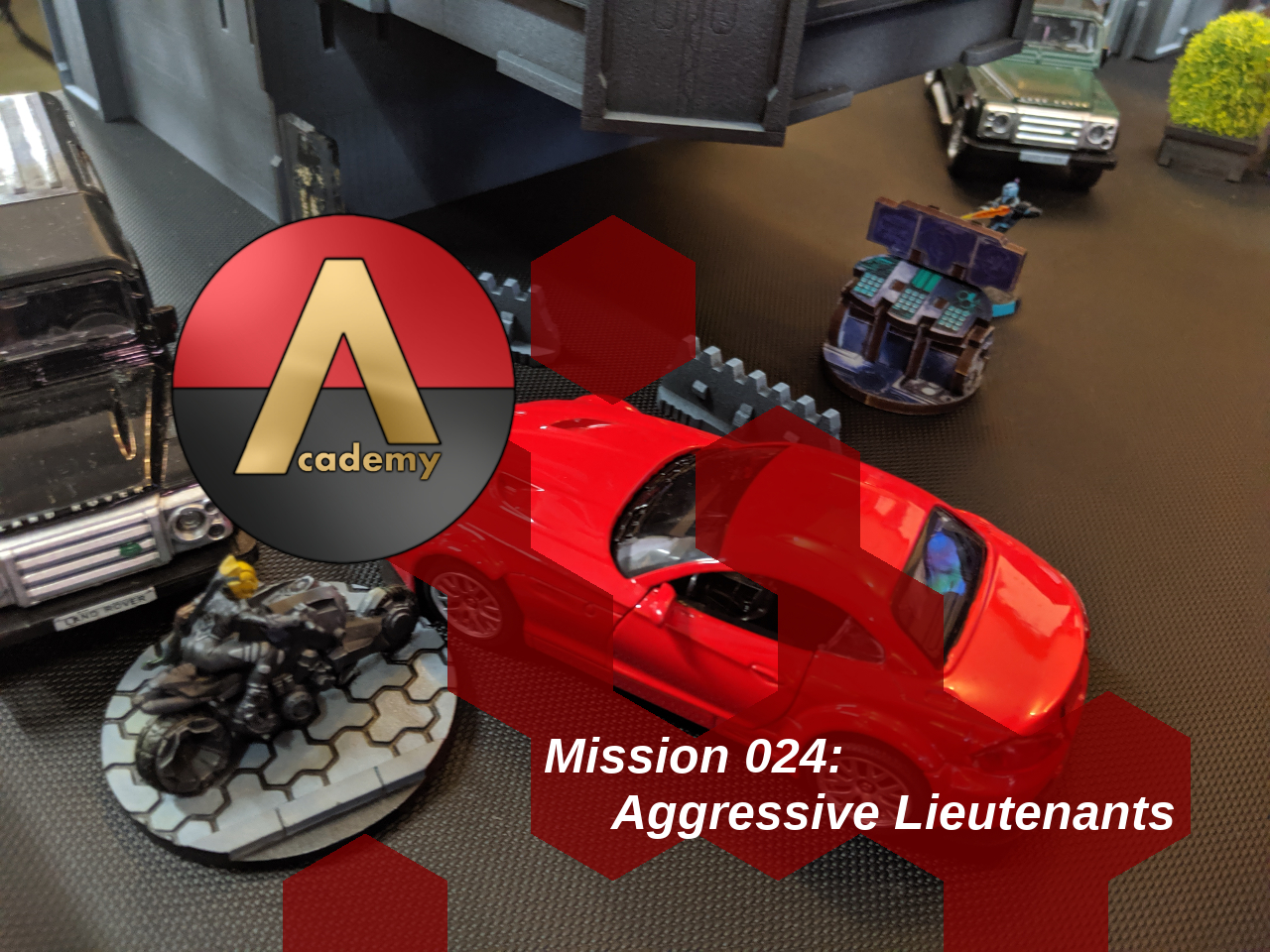 Thanks to all our respondents, and congrats to Kevin, who was selected by random.org to win a blister or patch this month!

This Thursday I was able to get a game against Xammy on TableTop Simulator. I played the following list against his O12.

In the spirit of the mission I brought a Red Fury Taskmaster to apply some aggressive lieutenant pressure.

After getting our lists into the boxes we rolled on Comlog for scenario and got Annihilation, the perfect scenario for an aggressive lieutenant. We rolled to see who would go first and Xammy won, and chose to go first. After picking sides we started deploying. I had a nice spot for my Riot Grrl ML to cover most of the board while staying in cover. My Taskmaster covered the other side with her Crazy Koalas. I had Zoe and Pi Well in the middle, with my zeros up on either flank.

As he got started, Xammy was able to take out my FO Zero with an Epsilon. Then the Omega crept forward to take a few shots at the ML Grrl. Eventually the Omega won the fight, eliminating my ML Grrl. Then the Omega killed another Riot Grrl who was hiding. That done, Xammy ended his turn.

On my turn I had Zoe put marksmanship up on Pi Well. Pi Well came forward to take out a Mad Trap. Then went on to put a wound into the Omega. After that I started my run with the Taskmaster, I used one Koala to clear the other Mad Trap while advancing carefully up the right side of the board. I was able to put a wound on a Beta and take a shot at a Varangian who managed to tank the armor roll. Out of orders I ended my turn.

Xammy had his Varangian advance up, crit once with an SMG to put a wound on the Taskmaster, then after another advancement the Varangian took out my Taskmaster with a Critical Berserk. The Varangian did die to my Taskmasters DA weapon. That done Xammy revealed a Razor that took out Pi-Well. A Beta came forward and put a wound on one of my two specialist Grrls. Then he coordinated an order to put several pieces watching my Grrls into suppressive fire.

On my turn in Loss of Lieutenant, I attempted to sneak my Zero KHD to go take out the Alpha. Unfortunately the Zero got discovered. I attempted the run anyways, but the Zero got too many AROs and went down. I swapped my Grrls around to attempt to unstick from the Beta. Unfortunately my Spitfire Grrl was not able to wound the Beta and managed to take a wound.
Xammy had his Varangian come forward, and after coming around the corner, managed to take out the two Grrls with wounds, and wounding the Last Grrl. The Varangian then was able to Berserk down my last Grrl before going dogged. Finally the Gang Buster came forward and Red Rummed Zoe out of the game. Out of pieces the game ended.

I was super rusty in this game, I haven’t been able to play in a few months. I definitely made some tactical blunders. It’s also hard to get anything done when Varangians keep making their armor saves. I feel like my attack run with the Taskmaster was well executed, but did not go well. I probably should have pulled back further instead of pushing forward like I did.
But, it was fun to be able to play again after so long!

My first attempt at an aggressive Lieutenant went super poorly. I was playing Bakunin and I brought Kusanagi as my Lt. I was actually in Loss of Lieutenant in my first turn, as I ended up going second and my opponent ended up shooting her through smoke with his Charontid. Spend my first turn shuffling dudes around, doing not much. My opponent proceeded to mop up even more of my guys. Second turn I sent in my Custodier (my new Lt.) as a last ditch effort to isolate his Charontid. Didn’t work, and my third turn was also in LoL.

Second attempt was with JSA and Kuroshi Rider as my Lt. I made a bit of a gimmicky LI list with 4 bikes (Kuroshi, 2 Aragoto, and Yojimbo). Ran Kuroshi in, did a little bit of damage, and lost her within a few orders. Sent the Aragoto spitfire in after, and did some serious work.

So on my second turn, when I was in LoL, since I had moved a number of pieces up, and had successfully gotten my opponent into LoL, preventing him from doing a lot of damage, I was able to use my irregular orders pretty effectively.

Loss of Lieutenant is particularly brutal on your first turn, when you have the most orders, and if you don’t have backup attack pieces. In my first game, I had a spitfire moderator, but I was leaning pretty heavily on Kusanagi and my TR bot, both of which were down by my turn. My second list did well because it had a few things going for it: it was a LI list, so the units where more capable individually. The list didn’t rely on cheap orders that LoL completely dismantles. It also had a lot of impetuous, fast units, so those units really had 2 orders each, and could really cover the board.

Hi there
Took your advice and decided to run a solo Mobile Brigada Lt in my Starco list alongside a core link of Riot Grrls.

Overall he didn’t do a heap but in a mission like BTV where i have to push up and potentially expose myself to the enemy, having the protection of armour and wounds meant I wasn’t as worried about loss of Lieutenant, especially as I made sure he had a Jaguar bodyguard to keep my opponent at bay.

As he is one of the rare veterans in Starco, he was also able to bag me a vital classified at the end of the game, charging into HMG and sniper fire to accomplish net undermine. His two wounds and ARM4 were the only reason I was able to complete the objective.

I learned that even though an MB isn’t a great attack piece, they’re still 2W ARM 4 with decent mid range weapons and in a faction lacking in heavy pieces, made for an interesting and worthwhile piece to try. In addition, that extra order every turn to pull back or suppress while jaguars covered his back would make for a fairly reliable secondary attack piece for a late game charge.

I think with N4 around the corner, I could see myself taking a MB more often as an Lt, it was exciting to use an aggressive Lieutenant for change and certainly got me thinking about ways I can exploit aggressive Lts in future