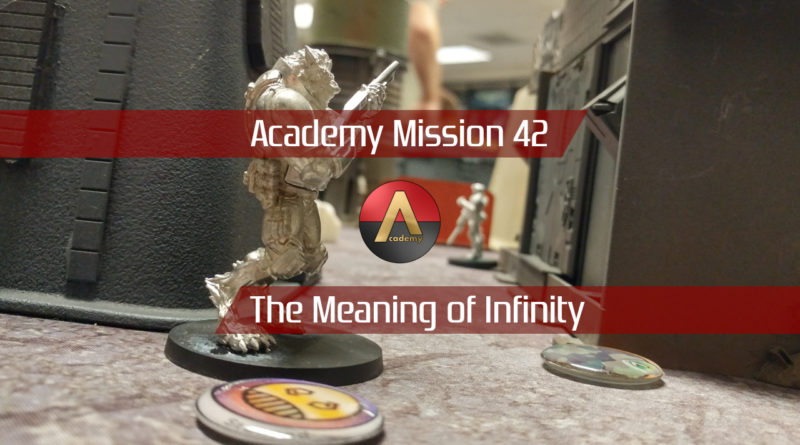 Hey, this is my first time writing in! I wanted to share a game from our local league we are running in Maryland. My friend and I played a game of Frontline and decided to run some units out of our normal wheelhouse. I was behind on league points so I was aiming to get achievements. Our organizer made a list of fun sub objectives to aim for ranging from things like hit a targeted model to make an opponent roll 6 arm/bts saves in one volley or roll a 1 when you need to hit/crit.

With frontline my goal was to run my link teams up to try to get classifieds and just send it up the table and see what I could do.

I don’t normally run TAGs but Scarface seemed like a blast and he was a decent menace until the zero shut him down with an E/M mine. The Djanbazan was also a solid defensive piece until he went down. A big “Infinity is a dice game” moment was Rouhani’s nasmat failing the doctor roll twice on the Djanbazan on 18s rolling a 19 and 20.

My opponent was having a solid time with his Riot GRRL core locking me down and his prowler with spitfire causing havoc. I was able to sneak my link team with Leila up the side of the board and out hack Zoe with trinity to get the black hat achievement for killing a hacker with a hacker.

The game really opened up with a wild Al Hawwa play. I was down a TAG and locked down via the Riot GRRL and the Sin-Eater. I spent almost the whole turn moving the camoed Al Hawwa across half the board to the side of the building with his moderator link and got discovered as I slid into cover. The last half of that order isolated the Riot GRRL, breaking the core. The rest of my orders were spent on a shotgun spree tearing apart the moderator link until a lucky combi rifle roll took down the hero.

The final turn my opponent was in the zone and I had to make a last ditch effort to get the team with Wild Bill up to try to score some points. He had to run out into the open to have a showdown with the Riot GRRL and actually beat her!  My opponent and I were both in awe that he was able to land the rifle shots to take her down.

I did end up losing as I had less classifieds and fewer models in the zones but overall I feel like I learned a lot. My biggest motto for that game was “just do the thing” and applying that to the AL Hawwa provided a valuable lesson on why infiltrated hackers with shotguns are a fun time!

One thought on “Mission 042 Report: The Meaning of Infinity”