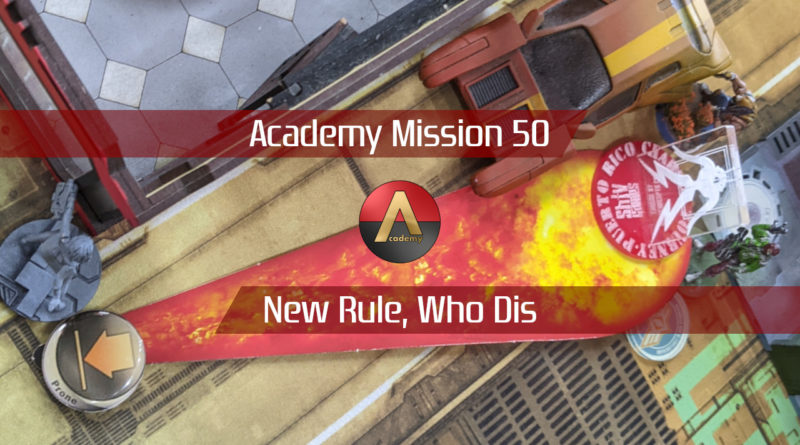 So this time I didn’t manage to put in a game with rules that I often forget about.

However! I decided to write in anyway, because there are a couple of the rules that I tend to forget exist.

I will try to dive into ‘why’ I think I (and probably many others) forget about them.

In general you might see that the rules I will mention below are outside of the most exciting part of the game. At least I feel this way. Some are for the beginning of the game, some are for the Deployment Phase, and some happen during the game. For me the most intense and exciting part is deciding on the moves (but there’s a rule that I forget about that part too) and getting to the values we roll for in the shooty/stabby phase.

But let’s start from the beginning. I already remember to do this every game, but when I started playing it was hard for me to remember to draw the Classified Objective cards. I guess this addition to the basic rules (back in N3 and right now in N4 as well) wasn’t put in the game sequence clear enough. It wasn’t until I asked my League Organizer that it clicked. Schemes for me are easy to follow and when he said that we draw Classified Objectives before choosing the list (like in a tournament setting where you bring 2 army lists), then choose the list and proceed to Initiative Roll. Here I think the lack of structure was a problem for me. For the whole season I was carrying a post-it with general game sequence stuck to my ITS book with scenarios to ease the process. A couple of games later, intentionally trying to remember when to do it, it clicked and I wasn’t really using the post-it anymore.

Now the other hard part came with the actual deployment. Remembering to draw Classified Objectives is one thing. Remembering to put something on the table that both you and your opponent can accomplish them on is a different thing. Yes, I am thinking about HVTs. They aren’t listed on the Army List so why would we even pull them out of the box, right?

I’ve started pulling the HVT from the box as one of the first models. Also having an opponent that will ask you ‘dude, where’s your HVT” (or just remind “remember to deploy your HVT”) is very helpful.  As above, practice made perfect even though I didn’t do any intentional practice!

My third point I have delayed until now, as the previous two are connected with each other and this one is pretty new in the ITS. As far as I remember it has two names: Decompression and Blizzard. The rule changes the scenario so that both players each get to put two templates that represent special conditions (Difficult Terrain and Saturation). Here I feel like the biggest issue were the changes to the missions. When I was learning (it was ITS Season 9 I think) there were no experiments like that, and I remembered most things and played the missions by heart. Now I’m learning to look into the booklet (that I love to print every year to have those on hand) more often to keep up with the changes and come better prepared for the game.

This one is also connected with one of the previous rules that I tend to forget about. It is the Terrain rule. It is used rarely, or at least it was until the Decompression rules started happening in the ITS scenarios.

At first you had to remember which models could ignore the Difficult Terrain (as previously this was irrelevant I hadn’t had any needs to remember who carries those skills) and in the recent ITS I have to remember who has bonus Move values and Super Jump. This is getting even crazier with every season. Data Trackers (for a while Xenotechs, now Master Breachers), Blizzards/Decompressions, Motorized Bounty Hunters, Turrets, Bashi Bazouks, CSUs. Next thing you know everybody gets a free TAG, McMurrough or even a Bearpode… It’s currently one of the hardest rules to remember because it happens not only during the Deployment Phase but throughout the whole game.

About that. Another rule is one that got my favorite unit in the game buffed. That rule is Immunity (Total) and I am thinking about Uberfallkommando. While I find easy to remember rules that happen once during the game, it’s much harder for me to remember those used once the adrenaline and blood starts flowing. Ignoring state inducing weapons (just wave to the Flashbots instead of Dodging them on the way to the target). Yeah, it’s just hard to remember Chimera got buffed with one of the most annoying rules in the game countered basically only by plasma weapons (unless you have a Vulnerability, which Chimera doesn’t have).

When I think about it I come to the conclusion that this happens after you calculate the FtF mods and roll and that makes it hard as anger/sadness from losing the FtF kicks in and you just roll Saving Rolls without questioning the opponents right to impose those hits on you. Which I should do! Just stop and get back to the army list and check for ARM and/or BTS value and any kind of Immunities (Fiddler also has an interesting one against Critical hits).

But there’s more! After applying the hits I get to cool off and think of the next move, right?

First I have to check if my trooper has the balls (ahem, guts) to stay where they had been when they got hit. That goes both ways, and sometimes that one model you wanted to stay up goes Prone and you can no longer rid your opponent of a nasty ARO piece. You will have to deal with it again later.

So we did everything and now can start thinking about the next Order, right?

You still get to declare AROs on your models who didn’t have a chance to ARO to the Active model can turn around for free. There’s also a similiar one called Look Out!. Both of those let some additional models to turn around when something get’s activated by ARO/someone dies in ZoC.

All these rules are used rarely which poses a challenge for me to remember to use them. Or even that they are an option in some cases. Sacrificing a Flashbot so that your endangered obvious Lieutenant (or a Puppetmaster, both of whom apparently were deployed in a bad way) can turn around to challenge the approaching Impersonator. Additional difficulty is posed when the rule is constantly available during the flow of the game.

However, there’s also a good thing here. A change from N3. De-nested skills make it easier to keep track of what bonus skills are available to our troopers (like Stealth that was part of Camouflage/Martial Arts). But that also sometimes poses a difficulty when you play by heart.

One thought on “Mission 050 Report: New Rule, Who Dis”