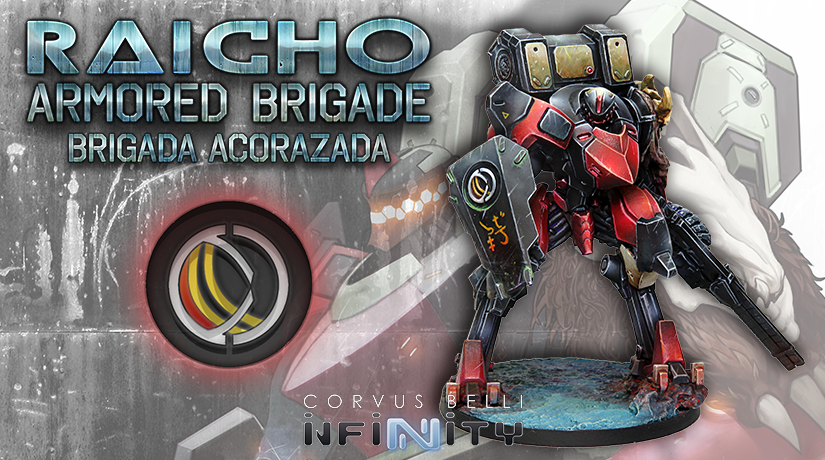 The biggest and baddest Morat of them all, the Raicho is a powerhouse with no equal in the Morat Aggression Force. Towering over the rest of the Morats, the Raicho provides a heavily armored firing platform, as to be expected from any TAG, but with a few minor quirks that make it something unique. 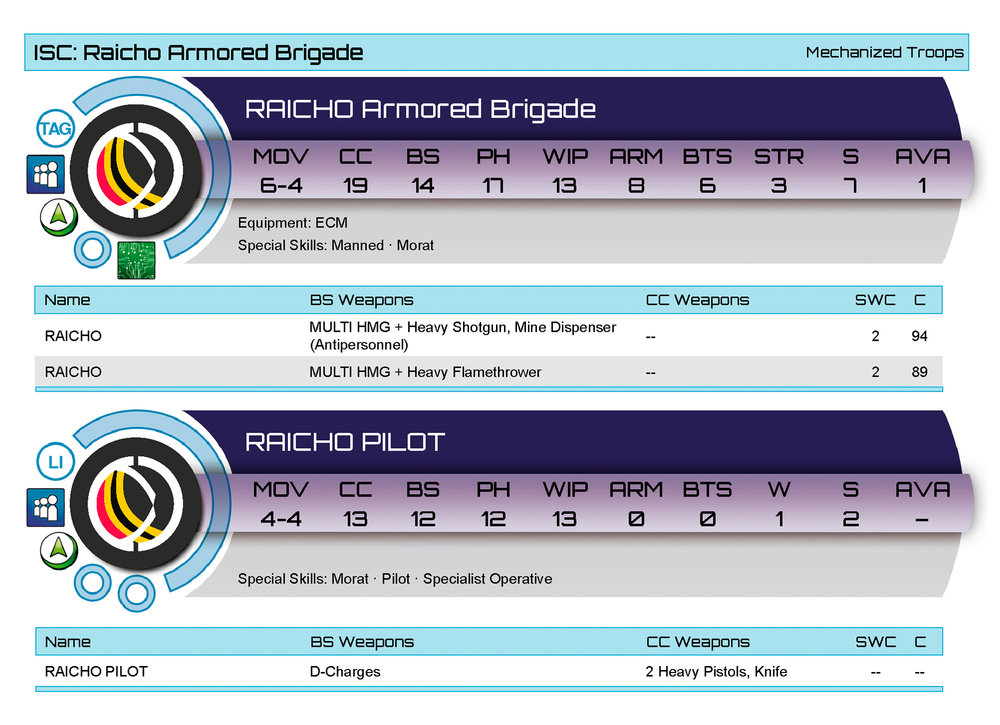 The profile of the Raicho is in-line with other battle TAGs (Squalo, Lizard, etc.), moving swiftly at MOV 6-4, a very nice BS15, and tough as nails at ARM8. Their BTS6 decent, but by no means does that mean it can easily shrug off dedicated assault hacking, though is enough to give standard hacking devices a hard time. ECM helps a bit against Guided attacks, though those seem pretty rare. What makes the Raicho really interesting though is the Morat rule, specifically the Veteran skill it provides. Having Veteran on a TAG means they are immune to the TAGs greatest enemy, Oblivion and Jammers. E/M weapons are still problematic since it also causes IMM-2, but being able to laugh at being Isolated is a huge deal, well worth any points it may cost.

The pilot isn’t super impressive, but can win a short range firefight thanks to dual pistols for B3. More interestingly, she can get out and push a button as a Specialist Operative, or plant D-Charges on something. Neither of those are huge, but shouldn’t be forgotten either.

MULTI HMG + Heavy Shotgun, Mine Dispenser (Antipersonnel). This profile was recently added, and reinvigorated a lot of peoples interest in this particular TAG. Able to take out just about anything with it’s main gun, firing 4 shots at DAM16 with AP rounds is brutal, and will shred whatever it hits, or in ARO it can threaten people with a deadly single explosive shot. While the HMG is devastating, its secondary weapons are what make it really interesting. For up close engagements, instead of being stuck at -3 to hit with the HMG, you’ve got a brutal (also DAM16) impact template, hitting on 20’s, enough to make anyone think twice about getting too close. I do go back and forth on the Mine Dispenser though. Placing a mine anywhere within 8-16” on 17’s is really not too shabby, though I feel like I’ve missed enough shots that it makes me think twice, particularly because both Combined (and MAF) have so many other good options to place mines without having to roll, and will be camouflaged when deployed.

MULTI HMG + Heavy Flamethrower. This is the classic profile, a few less points than the other, and swaps its secondary weapons for a heavy flamethrower. Personally, this is the profile I take most often, probably as a result of being the most familiar with it (since it’s been around the longest). Having the option of firing a fist full of bullets, or a 10.5” long direct template can force people into some bad decisions, especially if you can catch them over 8” but still within the heavy flamethrower template range. Most things are going to have to choose between getting a few shots at DAM13 against your ARM11 (assuming cover) while taking a flamethrower to the face, or dodging, and facing down a high burst, high damage weapon. 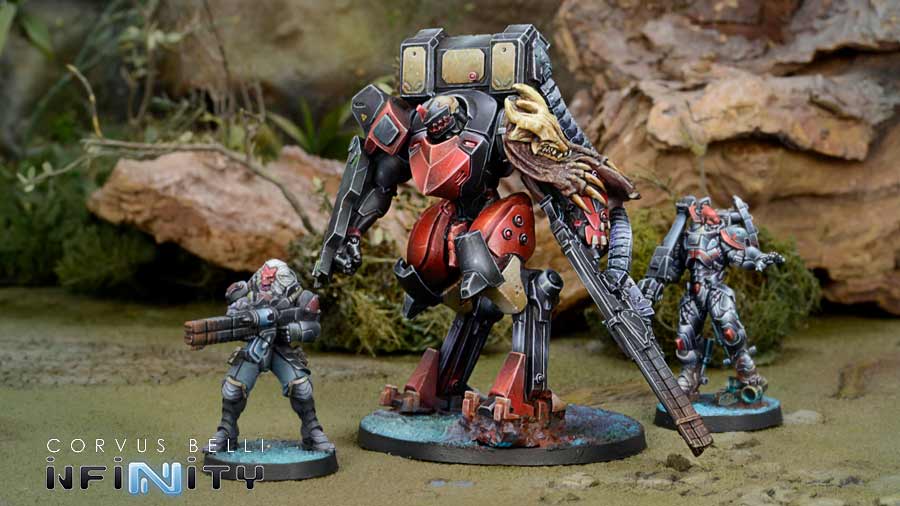 TAGs in general work well when they work at all, though can struggle against specific enemies. To properly support any TAG, you’re going to want an Engineer to keep them operating and fix e/m damage, as well as KHDs to neutralize enemy hackers that may threaten it. If you can properly support a TAG, they can inflict horrible damage across the table. The Raicho has a bit of area denial with the mine dispenser, and can really use it’s speed to not only use the HMG to full effect, but also either its heavy flamethrower or heavy shotgun. If you do go with a Raicho, I’ve found it best to keep it in a combat group where it can have happy access to the full 10 orders, giving it the most options to move around the board, but more importantly, to retreat to a safe position before your opponent has the chance to take it down up close.