Over the weekend, Jon (Wisekensai), Obi (Nehemiah), and James (RomanLegion), and I (TheDiceAbide, duh), all went up to the great white north, to participate in the Ragnarök ITS Satellite event. This is my first time participating in a satellite event, despite having run one myself! Recently, I’ve decided to play Steel Phalanx, and despite not having a ton of practice with them, I decided that I’d bring them to play.

The scenarios for the tournament were all fairly straight forward, which gave me a lot of flexibility in my list building. I didn’t need to worry much about Hunting Party since all the Steel Phalanx characters and myrmidons get adhesive launchers in it, and none of the other scenarios had any other special requirements.

Since I’ve only played a few games with Steel Phalanx up until now, I decided that my first list should mostly focus on the tools which I’m familiar with. Phoenix is a monster in the active turn, counteracting his middling burst with the amazing ODD. Machaon and the Myrmidon Officer supply a fairly standard command, and instead of linking Machaon, I went with a couple of Yudbots to extend his amazing doctoring range. Scylla has always been a brute in my games against Steel Phalanx, so she seemed like a natural inclusion, while Atalanta hitting on 20’s with her sniper rifle seemed too fun to ignore with all the smoke I could put down. Wrapping up the second order pool was a straight forward 3-man Thorakite link led by Thrasymedes (basically a mini Phoenix).

My second list was put together mostly to support Achilles. The Myrmidon link with spitfire is awesome on the table, then a doctor and engineer to keep Achilles in the fight. I finished off the list with a Zayin to provide fire support without spending many orders, while Scylla appeared again to take out any pesky hackers who may give Achilles some trouble. Finally, since I needed a Liason officer, I tossed in a Thrakite Forward Observer to do the job. 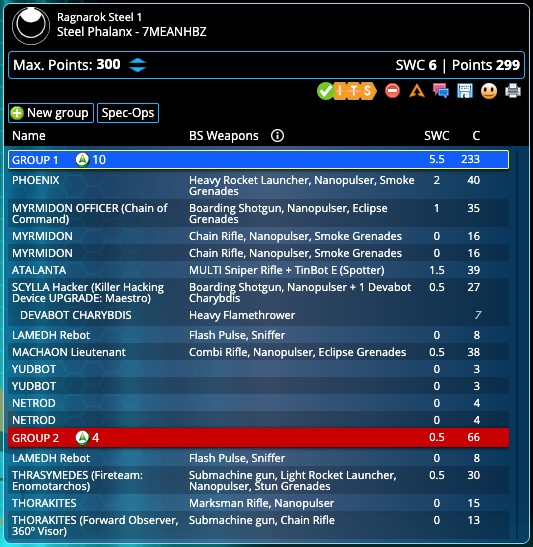 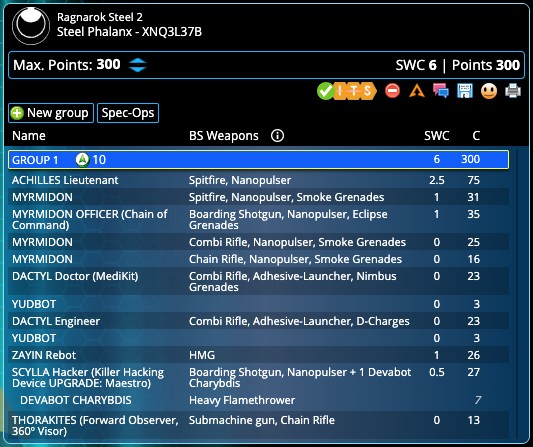 My first game was against someone who I’ve wanted to play against for a long time. He’s come to the Rose City Raid and is one of the nicest guys I know. Also playing Aleph, I was happy to have a fantastic opponent to being the event with. I used my first list against him, while Aaron was using a vanilla list with both Achilles and Ajax! The game started off pretty tit-for-tat, though Atalanta and Phoenix managed to scare Achilles from Advancing too far up the table. The game all came down to my Myrmidon Officer who advanced up the center of the table under Eclipse smoke and hitting the button on the antenna, before using the last orders I had in the game to steal a second one out from underneath Aaron’s nose, while getting blasted to pieces in the process. I won 4-0, 119 VP to 204.

Drunk off my first win, and drunk off a few beers, I entered round two. The smart Adam would have picked my first list again, but the intoxicated Adam went for the Achilles list instead. Upon deployment I realized my mistake, with Atalanta, and both Dactyls unable to participate in Coordinated orders, good work. Despite this, the table side I had allowed me to advance mostly unencumbered, while the Myrmidon Spitfire took out the pieces guarding my flank (a Cateran sniper and an Anaconda). Unfortunately for Sebby, my dice were on fire, passing a fair amount of saves, while obliterating my opponent with weight of fire from ODD spitfires. I ended up sacrificing the Engineer to the Biotechvore on turn 1, but otherwise lost very little. The final score was a major victory, 9-1 OP, and 248 VP to 37. 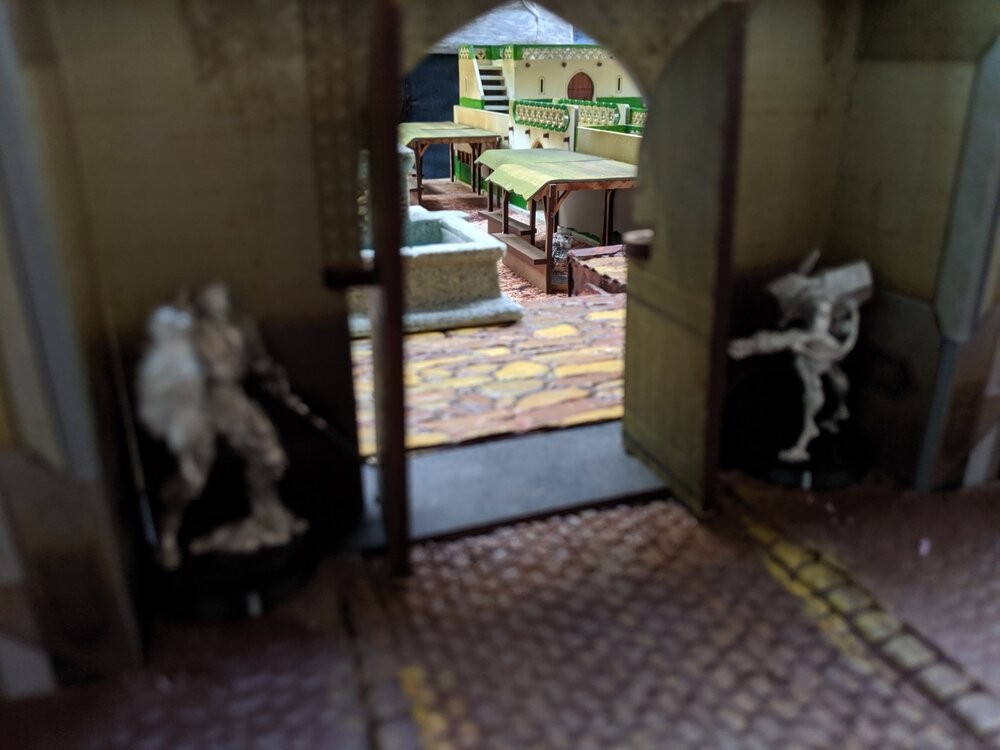 Now that I had two wins under my belt, I knew the competition was going to get a lot more difficult, and naturally Tony was happy to put a stop to my streak. He was playing a Hassassin Bayram list, without any Fiday, and sporting a full link of Lasiq. This was by far one of the closest games I’ve had in ages, each of us tearing into the others forces. I passed an inordinate amount of saves on Thrasymedes, bringing him back from unconsciousness twice with Machaon, while his Viral Sniper crit Phoenix off the table. My last turn sent the Myrmidon Officer to the rescue again, using her Eclipse smoke to jump into the enemy deployment zone. After the dust settled, Tony passed his Liason Officer roll to tie up the game. It was such a fun time and a great way to finish my first day. The final score was 5-5, I had 124 VP left, while Tony had 125, you can’t get much closer than that!

Going into day two I was sitting on a Major Victory, Minor Victory, and a Tie, I was just a loss away from collecting all the results! When pairings were posted I was happy to see myself put against fellow Dahshat enthusiast (he is definitely a bigger fan than me though), Leif, aka NorseCompass. Not only was this playing the mission I felt most ready for, it was on my very own Apollo Station table (available soon from Muse on Minis). The last time Leif and I played, I had some abysmal dice luck, with most of my models dying in my active turn. Well, history likes to repeat itself, so some lovely highlights from the game, just a reminder, all of this happened during my active turn:

That said, Leif is a very skilled player and while my dice were garbage, he played masterfully, utterly decimating my army, while gluing most of it down in the process. Needless to say, I suffered a 0-9 defeat, with 106 VP left to Leif’s 166. 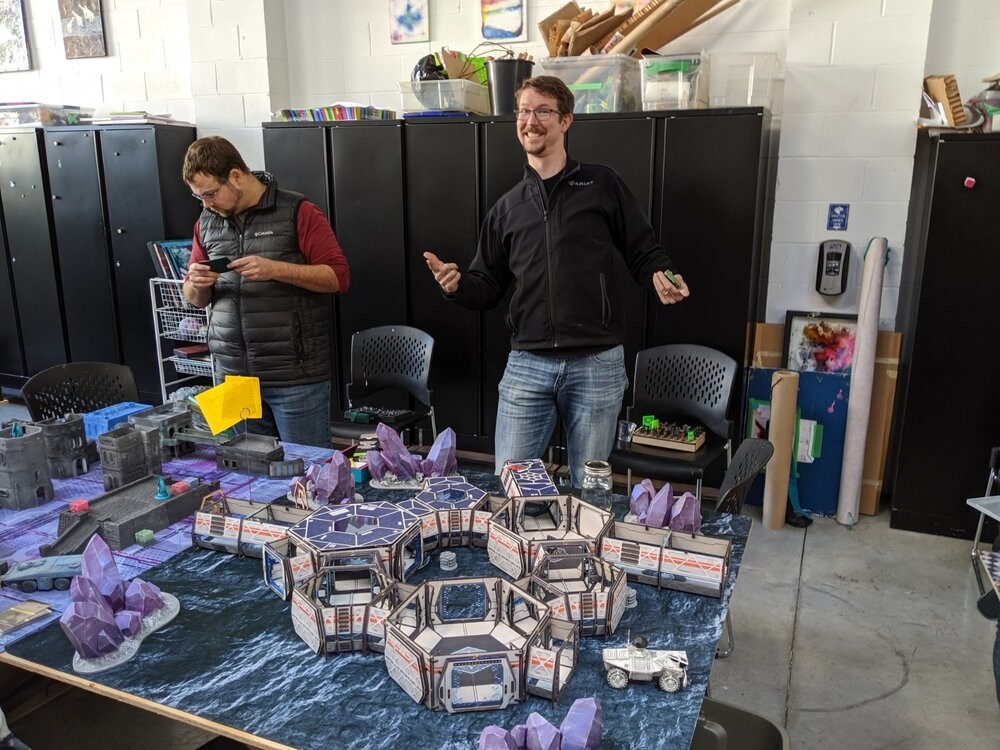 Now that I’d collected all the possible game results, it was time to enter the final round. The Ragnarök scenario is basically a version of Decapitation, but your Data Tracker needs to hunt down the opponents Data Tracker, which makes it FAR more interesting, and frankly a huge improvement. I again took Achilles, as the obvious Data Tracker choice, while my opponent ran Tunguska with a Szalamandra for his own. This was a really fun game, and I got to pull off some cinematic maneuvers. My Myrmidons stormed a complex of buildings, advancing through corridors on the first turn, tracking down his obvious Interventor lieutenant. The end of the game came down to a wounded Achilles, advancing through the Myrmidon Officer’s smoke, to spend 5 orders firing at the Szalamandra, sitting on ARM11 in cover. If he got a lucky shot on me, it was all over, but I really wanted to push hard for the win (ties are boring). Unfortunately for Kamron though, it only took one volley from Achilles, who crit with one shot and landed 3 more. Needing 4’s to save against the spitfire, he sadly rolled a 2 and a 3, putting the Szalamandra unconscious and winning me the game. Our score was 9-4 OP, with 259 vp to 99. 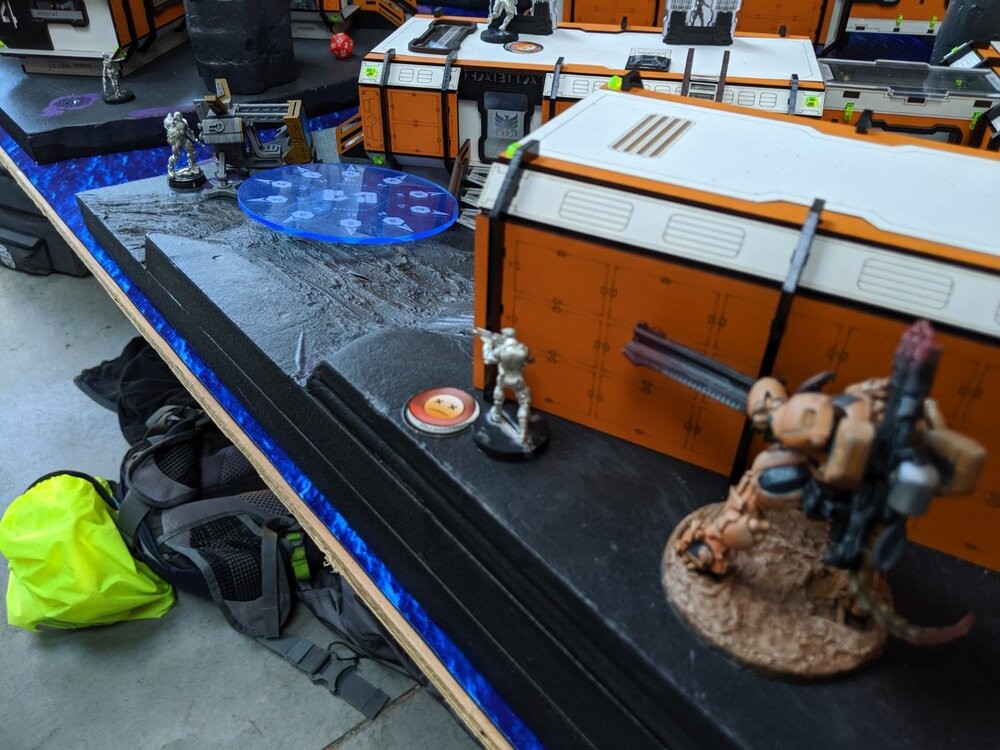 Overall, for my first time out at a real event with Steel Phalanx, I was very happy with the results. I came in 7th overall, with 9 TP, 27 OP, and 856 VP, across 5 games. Playing this many games with Steel Phalanx against high caliber opponents was really interesting. I found myself really taking advantage of the ODD and smoke, especially on the Myrmidon Officer. Letting myself move out of cover to take a shot, while still imposing -6 on my opponent to shoot back at me is really incredible. That alone opened up a lot more opportunities to attack my opponent, and also let me catch them out of cover quite often. Now that I’m a bit more comfortable with the faction, I’m really looking forward to playing with some other tools, especially Penthesilea, who combines speed and resilience, with decent shooting, and incredible close combat skills.

Finally, while we did pretty well overall, we lost the Best of the Pacific Northwest trophy to Washington, a.k.a., Oregon’s hat.