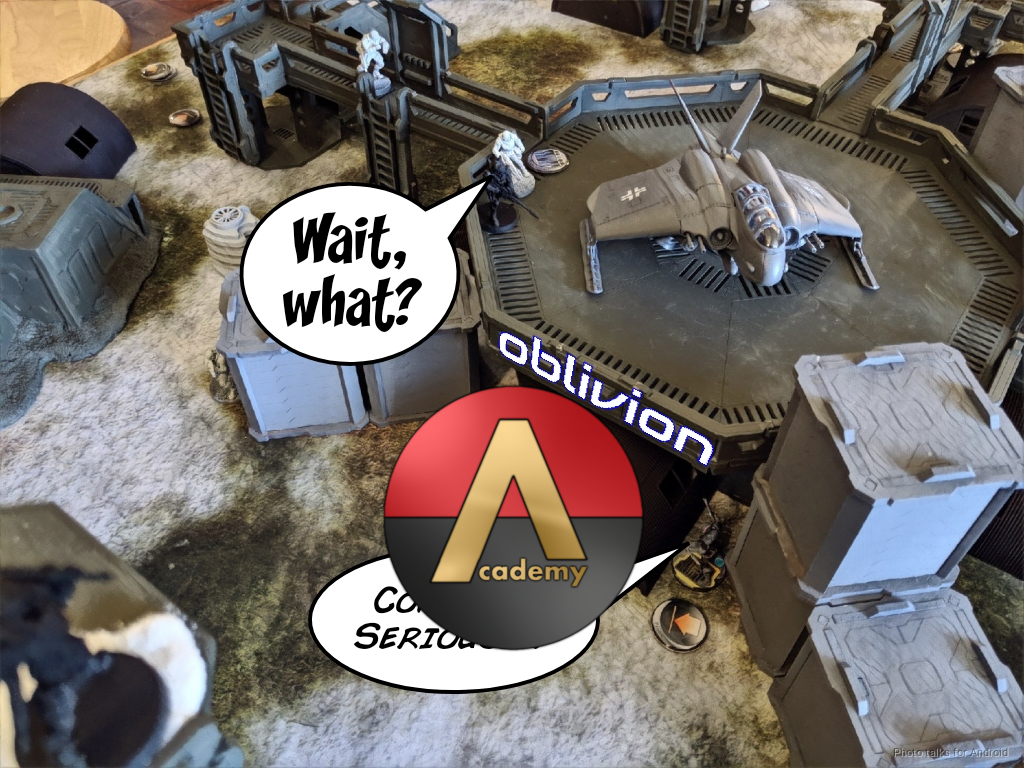 It’s time to talk about subterfuge and patience! Get ready to get your Spetkr on!

July is all about hidden deployment. Play a game with at least one TO Camo trooper in your list. The goal of this month’s mission is for you to:

Write in to [email protected], and you can share a battle report using this template with the same address: Bromad Academy Batrep Template. Time permitting, I’ll reach out to start a discussion with you, and post a summary of your feedback and our conversation to generate some more discussion.

At the end of the month, I’ll use random.org to, well, randomly choose a participant to win a blister of their choice! As always, all factions are welcome to participate!

Some Thoughts on TO

I’ll start with the idea that there are three types of TO trooper: beatstick, gotcha, and finesse pieces.

Beatsticks are pretty easy to understand–without TO camo, they would still be pretty brutal on the table. With TO camo, they’re absolute monsters. Let’s take the Swiss Guard and Hac Tao as examples. ARM 5, BS 14-15 HMGs are going to wreck face already. Stack a -6 to the opponent’s BS on top of that, and it gets a little silly.

Even the MULTI Rifle-armed specialist options are crazy. You can zero out most rifle-armed troopers just by being outside of 16″. No need to do any fancy tricks, just shoot them unopposed or against a dodge while you’re rolling on 8’s or 9’s. Then there’s the TO TAGs, which are pricey but also lethal. These beatsticks won’t be our focus for this month’s discussion. By all means, take them and talk about them in your report, but the decision making process during use isn’t very subtle aside from the decision of when to reveal.

The “gotcha” troopers are basically missile-armed TO camo units, the most notorious of which is the Shasvastii Noctifier. They lurk on a rooftop, waiting for an unsuspecting link team to walk by and then lay a template on the entire link while it’s in the open. Not the best attack pieces by themselves–they’re great in coordinated orders–they serve mostly to generate psychological, positional, and order pressure.

You’d best believe that I’m thinking about a Noctifier ML when playing against Shasvastii, and once one shows up if I don’t have MSV2 or some other combat trick, I’m avoiding that firelane! These two mental pressures result in actual pressure on my order pool–I’m going to play it safe and not double-move, I’m going to set up combat tricks to remove it, or just try to dice it down, you get the idea.

Again, the subtlety here is mostly in deployment and when to reveal. If the link is in the open and you can catch all 5 under the template thanks to the movement rules, then do it! To a much lesser extent, the TO MULTI Sniper is a gotcha piece, usually only if you can catch a non-link leader while the link leader is out of LoF.

Ah, here we are at the interesting stuff. I’m going to frame this discussion using the Nomad Spektr as an example, because I’m lumping a lot of TO camo troopers into this category–basically your TO infiltrators armed with rifles or shotguns with BS 11-12.

One obvious takeaway is that you can use an infiltrating specialist to push buttons. Nothing particularly exciting about this, but you can fake out your opponent into thinking you don’t have a specialist near a button which may influence them into leaving the objective unguarded.

The related point to this is that TO infiltrators make for great last turn point dumps to secure a quadrant or zone in area control missions. Your opponent did some math to secure a zone, and you can upset that math with 30ish points that appear out of nowhere.

You can also use these models as hacking gotcha pieces, hacking another hacker, heavy infantry, etc. that walks by. A favorite trick of one of my ALEPH opponents is to leave a Daysu KHD within the repeater area of one of my Morans, just waiting for my Interventor to cybermask or for Mary to try and shoot someone. Sure, he’s gotta contend with the Koalas later, but taking out an important specialist or worse, my lieutenant, is worth the risk.

One other gotcha dream that I’ve had but have never successfully pulled off is the shotgunning of an entire link as it walks by. Best I’ve done to date was hitting two triad members during a long skill climb order with unopposed dice.

What I really want to discuss, though, is the TO combi rifle. It’s a real workhorse profile. Using Angus, the linked Fusilier combi rifle as the straw man, we have the following numbers for active-turn Spektr within 16″:

Yeah, duh. TO makes a difference. Tell you something you don’t already know, right? Well, what happens when the first Fusilier dies and you hunt down another combi-toting cheerleader?

That’s fun, the numbers aren’t much better than shooting at full 5-man linked Fusilier from earlier! But what if you back up to just outside of 16″, staying in cover?

So what’s the point of all this discussion and numbers? Well, to make you think very carefully about positioning. Rangebands are extremely important in Infinity, and I’d argue that you want to leverage them as much as possible to keep your expensive and often fragile TO camo troopers safe.

TO also lets you move through open lines of fire safely, assuming you can cross the gap with a full 8″ move. Going back to our ideal scenario of shooting at a 4-man linked Fusilier outside of 16″, what if you were able to leverage your TO to get to position where you can get the Fusilier out of cover? Even if they dodge, the odds are almost 50% that you’ll drop the Fusilier in one order:

So watch your rangebands, get into an optimal position, and leverage that TO! We’ll talk about more ways to leverage TO, how to deploy, and when to reveal in this month’s upcoming mid-mission update!