One day you’re content playing your army, using all the tricks you’ve developed, while carefully commanding your fully-painted (ahem) army across the table. You’ve built a relationship with your little metal soldiers, possibly even given them names. Then it happens. It happens to all of us. You try to convince yourself otherwise, but the itch is there. You want to play a different army.

Maybe you saw someone else’s miniatures that looked really cool. Maybe there are some awesome profiles unlike what you get in your current army. Maybe you got inspired by a movie. No matter the cause, your fate is inevitable. You have faction ADD.

Why you shouldn’t play another army.

First, let’s talk about why this is a bad idea. Not only have I started many additional armies for the games I play, I’ve probably NOT started even more. That’s a weird thing to think about, but I have countless sources of inspiration and good ideas which I’ve nearly acted on, or bought one thing, before abandoning. My friend Pete once told me the easiest part of playing a game is buying the toys. It’s totally true, you can get a cheap (or not) dopamine kick by splurging on some new toys, but then comes the reality of having another army.

Let’s face it, your current army is probably not finished. You have plenty of work to do still and really should see to finishing it. Furthermore, you always wanted your own game table, or a new game table… There’s plenty of hobby-ing to be had that doesn’t mean starting a new army.

Sometimes a new army comes out (cough O-12) and it has something really cool (like Riotstoppers) that you just want to exploit to the greatest degree. Most armies in Infinity are capable of playing most aspects of the game pretty well, so even while there may be a couple of new tricks, 90% of the gameplay is likely to be similar. 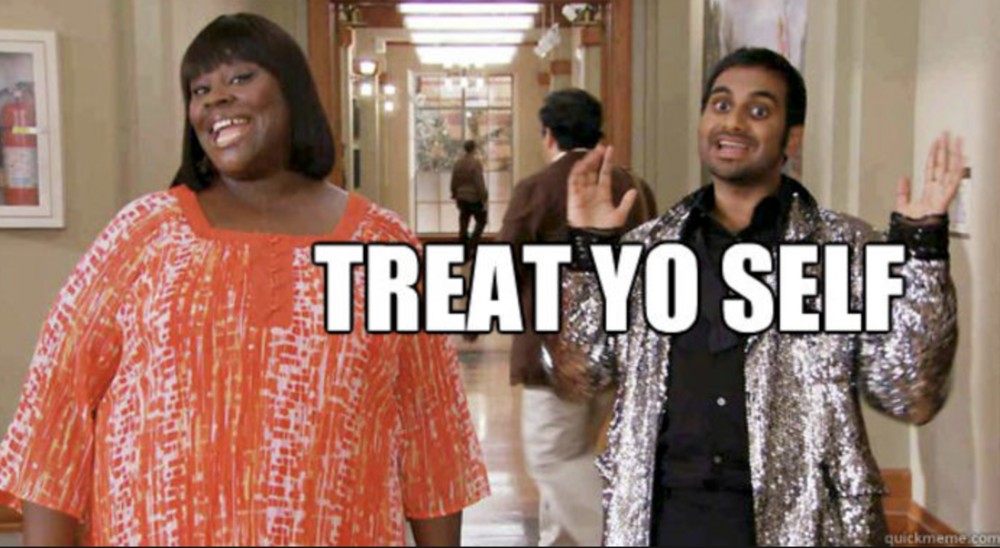 Why you should play another army.

In my long career playing miniature games, I’ve never been content with a single army for any one game. It just happens. I want to try different rules, or I want an army I can use to sucker a friend into the game. There are a ton of reasons that most of us do it. Another perfectly valid reason is simply because you want to. In the grand scheme of things, while our hobby may seem expensive at times, spending a few dollars here and there on something which brings you joy, and adds to your social life, is not a terrible thing.

New armies can become fulfilling and exciting hobby projects, opening up new opportunities to try out different paint schemes and techniques. I’ve definitely done this, and it was a big reason I wanted to do Military Orders: some fun minis to paint, as well as some great conversion potential.

You’ve tried everything you can in your own faction, or something new and exciting comes out for the game, which is just too exciting to ignore. By playing a new army, not only do you get to try new tactics, but you can then use what you learn from a new army, and transfer the knowledge into use for your older one. 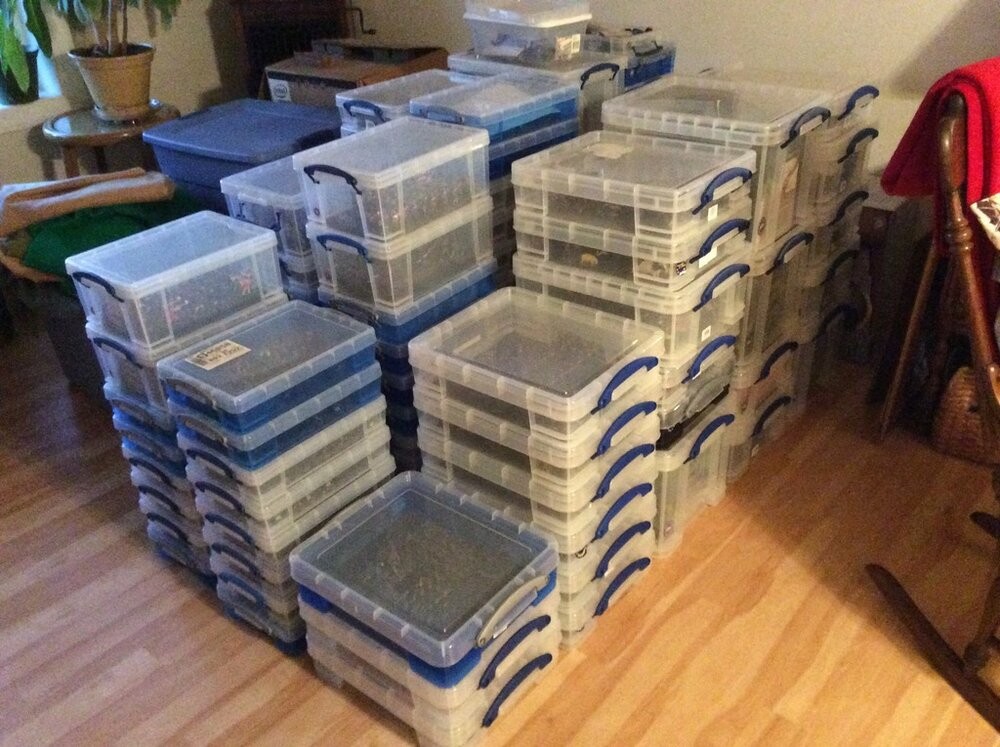 I started another army…

I know you did, that’s why I’m writing this article. The real question is what do you do now? It’s easy to jump head first into the new army, completely disregarding your old army for the new shiny one. I say, go ahead and do it, at least for a while. It’s exciting to do, and will force you to adapt and change how you think to pull off successfully. It’s a neuroplastic activity and is great for your game comprehension, so you have my blessing, do it.

Now, after the new faction glow has worn off, you find yourself with a couple (or several) armies. You love them all for different reasons, and need to get them onto the table, but you can’t possibly play them all. This is a bit of a dilemma for sure, and I’m happy to share what’s been working for me. At the beginning of every season, I pick which army is going to be my tournament army for the duration (aka, my main, which currently is Steel Phalanx). This means, no matter what, I’ve committed to playing it at events I go to, painted or not, practiced or not. Since I’m likely to play 6-10 tournaments a season, this actually adds up to quite a few games on it’s own (I figure around 20-30). Your main army may change after a few months, mine often does, but I try to stick it out for at least 6-months, so I really can get a solid understanding.

For practice games, I alternate between my main faction, and whichever other faction I own that sounds fun to play that week, so 1/2 to 1/3 of my practice games are still with my main. To some people, this jumping between armies can be jarring, since each one requires different tactics, with different units. It’s easy to feel out of practice with any particular army, and you instinctually will want to have the most practice with your main army. In my experience in doing this, it actually exposes me to more rules than I’d normally come across, and gives me a better understanding of the game, and my main army.

By playing a game or two with another army, I learn more about their rules so am more well equipped to deal with that army in a tournament. On the flip side, it also teaches me more ways to take advantage of rules I have access to, but might not get the most mileage out of, or thought of using. By playing Druze I’ve become more comfortable with expensive troops with large toolkits. By playing USARF I’ve become accustomed to dealing with vis mods without MSV. By playing Steel Phalanx I’ve become aware of how to better take advantage of my own vis mods and V:NWI. By playing Morats, I’ve become better at the core mechanics of the game, and figuring out backup plans.

What this all adds up to is simple: If you can leverage your experience and knowledge from playing different factions, into your main faction, you won’t be wasting time by hopping around, and it will make you a better player in the end.

Sometimes you just gotta let it go. Don’t be afraid to get rid of an army, honestly. While you did have fun playing it when you had it, if it doesn’t spark joy (thanks Marie Kondo), then get rid of it! We spend hours and hours building and painting miniatures, and that in itself is value which you’ve gained from owning it. Even if you sell it at bit of a loss, the difference in money is simply the cost of the entertainment which it provided you (and is most likely cheaper per hour than a lot of other forms of entertainment). These minis aren’t (generally) irreplaceable, and you’ll be a much better painter next time anyhow.

I’m definitely know for a bit of hobby ADD myself, though recently I’ve been much more focused, largely thanks to setting expectations for myself (no more than one vanilla force, and one sectorial per faction, not counting Merc companies, which I won’t do any more of, and may drop StarCo). For context, here is a brief history of my Infinity armies, in the order I started them, and why:

That’s a lot of pewter, which I’m still slowly painting through, at a snail’s pace, but it’s what I have time for. My goal is to finish up my USARF this year so I have at least one fully painted army to bring to events with all the options, then I’ll figure out what to do next. This all said, I’ve also got rid of a few armies over the years, including an ISS force, not one, but two CHA armies, and TAK. The two Ariadna armies going away was part of my commitment to a single Sectorial per faction besides Combined (my Vanilla army) and NA2 (Druze+Ikari+Dahshat isn’t much bigger than a sectorial anyhow). My StarCo is likely up next to get sold off (if/when I do), not because I don’t think they’re cool, more just that I haven’t made them a priority to paint or play… and I can spam E/M grenades just fine with Druze, haha.