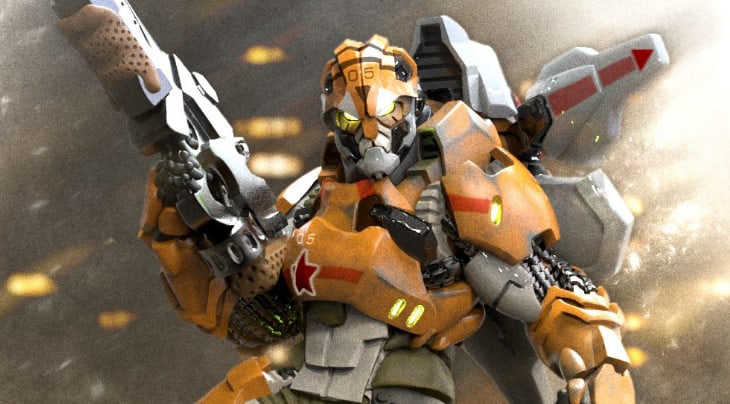 After six month this has been my first real miniatures Infinity match this year. As I got my Yu Jing painted just recently (huge thanks to @kult_life) I wanted to bring them to the table. But as I felt some pieces were missing for each sectorial I decided to go hard mode with vanilla in biotechvore.

As vanilla struggles leaving the biotechvore zones I decided to bring some order efficiency with Tai Sheng, a TacAware Zuyong and some Kuang Shi. Then I added some additional beat sticks – Rui Shi and Dao Fei – and all the specialists for the classifieds. As I didn’t have enough points I decided to swap the Dao Fei for a Hulang who brought some additional tools to the game. If I had to go second (which I hoped for) I wanted some long range fire power. So I decided on Sniper Daoying and Hundun.

My opponent brought his Steel Phalanx with two heavy links: Thorakitai led by Hippolyta and a Myrmidon link with the Spitfire, Machaon, Acmon and Hector. The latter I didn’t fear too much as last time I faced him he was shot by a lonely Fusi ML. This should change … To fill up the combat group a Netrod and Penny were added. This should give him enough orders to hurt me in turn one.

Our map looked like this (DZ are left and right):

I won initiative and chose deployment as I wanted to go second. As the left DZ seemed pretty open I decided to take the right one. Maybe the other one would have been better as it was hard to find cover outside the biotechvore zone – who knows… Then my opponent surprised me by leaving first turn to me knowing I’d have a hard time moving my pieces anyway. Additionally he totally null deployed me with his links and the netrod – failing the PH check – had to deploy in his DZ. As there were no ARO pieces and I didn’t expect any to show up – midfield was pretty dense with buildings prohibiting long range AROs to great degree – I’ve put most pieces pretty much at the DZ border ready to leave from the plague zone. Guilang and Hulang both failed their PH rolls so my DZ felt crowded and the first turn would become a mess. Looking at the map now I should have put more stuff on the lower side of the table – esp. disjoin monstructer and hulang as I needed the d-charges for the sabotage classified (the other were about Coup de grace and WIP check with doc or engi in base to base with opponent). One trick I brought up was deploying my HVT exactly 16” from my DZ so I knew how far to run … it was far away (HVTs are represented by warcor icon on the following picture).

There isn’t much to tell. I had to run so I used all the impetuous orders and three coordinated orders to move all my stuff outside my DZ. It was hard to leave my guys in cover, set up defenses or anything like that. I couldn’t even try to do the sabotage classified – lesson learned: biotechvore with vanilla armies is really hard mode. At least the monstructor got a drop bear off (next to the guiang) and the daoying got a nice spot for look out, but anything else was clustered behind two buildings…

My opponent started with boosting his bike forward getting into LOF of my sniper taking a wound – haha first blood!

Trying to get her out of trouble he leashed his humble Thorakitai HMG – twice without success. To keep Penthesilea save Hippolytha assisted with some smoke.

Then Hector commanded his fellow Myrmidons forward directing to my HVT. As monstruker and Hulang would have seen him and his comrades Hector decided to take the fight dodging into LOF of the two, the drop bear and the Guilang who missed his opportunity to isolate the alephian hero. One shoot out was enough to kill every servant of the state empire in sight and even the Rui Shi thanks to the template (110 pts …. ouch). Only the mine wounded Hector – unimpressive. After the game we agreed that at this point it might have been an idea to quit the game. But I didn’t want to leave it like that. Finally Acmon planted a D-Charge to score a classified.

Now the Thorakitai wanted to get into safety. Encouraged by Hector’s success Hippolytha pushed them forward to kill the zuyong, but finally I did a dodge roll with the fellow Kuang Shi (after I had failed a couple before and pretty much anything else except for the first sniper shot before that). The Kuang Shi was now in position to unleash his Chain rifle on the whole link. The Thorakitai decided to dodge hoping for Hippolytha to engage the madman, but she failed together with the paramedic – both taking a wound.

Penny wanted to assist her friends advancing – willing to shoot the sniper – but she gets into LOF of a Kuang Shi, the Sniper and the Hundun who reveals himself to generate his order on my next turn – I figured I might need it. Again, a lot of bullets and rockets are shot without success.

Finally Hector commands his team, shooting the Kuang Shi who endangered Penny and trying to shoot the Hundun himself, but gets hit by a rocket which burns unlucky Acmon to ashes. That was an important success for the state empire as all classifieds of Steel Phalanx needed an engineer.  With that Steel Phalanx were done, the Netrod was eaten by the plague. What a deadly turn of events.

With all my MSV gone I figured that my only chance against the myrmidons was to trust the Kuang Shi. First the one facing Hippolytha unleashed his gun for a second time on her and the BSG Thorakitai. The Kuang Shi was shot but he took Hippolytha down. Next, the remaining Kuang Shi ran forward taking down Penthesila, but going dogged in return.

Next, the Zuyong shot the BSG Thorakitai from range and advanced to the hidden HMG Thorakitai taking him down as well with his pistols.

With the lower side of the table cleansed from the AI’s forces I decided to hail mary the remaining dogged Kuang Shi into the myrmidons running for two orders and then teaming up with Tai Sheng and the Daoying Sniper for the shooting. Shooting with Tai Sheng and the Daoying was unimpressive since they missed every shot the myrmidons only had to dodge the Chain rifle. Hector took a second wound and the Spitfire Myrmidon went down.

I had some orders with Tai Sheng left, but Machaon vanished in eclipse smoke and Hector had taken cover behind a wall, so she went into suppressive fire to endanger Machaon when the smoke settled. This closed my turn – quite a comeback! The Hundun was killed by the biotechvore zone.

(From here the overwatch picture got screwed: Instead of the HVT/warcor icon I should have moved Hector.)

With only Machaon and Hector Steel Phalanx tried to render the state empire’s forces headless: Machaon tried to shoot Tai Sheng without success giving Hector a chance to push forward. He then went further, starting a shoot out with the Daoying, but the humble sniper expected the greek hero to show up and fired first – sadly without enough punch. Hector tried again but the scene didn’t change.

First, the Zuyong scores a coup de grace for a classified, so classifieds were draw’ed. I saw two possibilities: Hiding everything to score a draw overall – or try to kill Hector and win. Of course I went for the second option starting with the Daoying, but Hector’s armor was too hard to crack for the sniper. Hector used his chance to hide behind cover via failing his guts check. With just one order in each combat group and a single lieutenant order I figured only Tai Sheng might have a chance to get Hector into LOF, so she jumped from her balcony while Machaon vanished in smoke again. Then the push forward and luckily got Hector into LOF and finally took him out.

There wasn’t a lot lonely Machaon could do so he just avenged his leader killing Tai Sheng in CC.

That was a hell of a game. Biotechvore as a mission does not feel right as it is nearly impossible to get your troops out of the zone when playing vanilla. Maybe I should have left models that could take a wound or had high BTS values (esp. Tai Sheng) in the zone to have more orders to get the other stuff positioned properly, but finding cover in my non-biotechvore half was pretty hard. If the two of us could take any lesson from this match, then it is how important positioning is, esp. to avoid multi-hit templates. Hector and these nasty 5 pts Kuang Shis pretty much shaped the game. I think even if Kuang Shi weren’t dogged they’d be fully okay for their cost. But also Tai Sheng could shine – not that much offensively thanks to all the mimetism mods, but as a tough piece holding off the myrmidons in turn two.

With some time after the game I believe that bottom of one felt worse for me than it actually was: I had lost the Hulang, Rui SHi, Guilang, Monstructer and two Kuang Shi, but also scored the Acmon and Thorakitai Paramedic and a wound on each of Hector, Hippolytha and Penny – all in my reactive turn! Additionally the Netrod had died to the plague, so SP was already four orders down (counting Acmon twice). That could have been worse. I believe if SP had moved the Thorakitei just behind the buildings where their HVT was standing and then proceeded with Hector’s link they could have been much more devastating – or done more classifieds.

Sadly, I can’t say a lot about the mission again although I did four coordinated orders: 3 for moving in turn one and one to shoot the myrmidon link with three models – but 2 missed anyway. Still I think coordinated orders are a great tool esp. for vanilla armies to remain a chance in movement heavy missions like biotechvore or when trying to dislodge powerful link team defenses – at least with the right guns. But it needs planning as the models need to be in the same combat group which prohibited my Hundun to take part in the shoot out.

I am really happy that I could come back into the game and more so even win. Maybe loosing 110 pts to Hector in one shoot out wasn’t bad as I believe my opponent got cocky afterwards and didn’t play safe enough. Knowing that such a comeback is possible makes playing easier as I might not be too afraid of mistakes in the future 😉