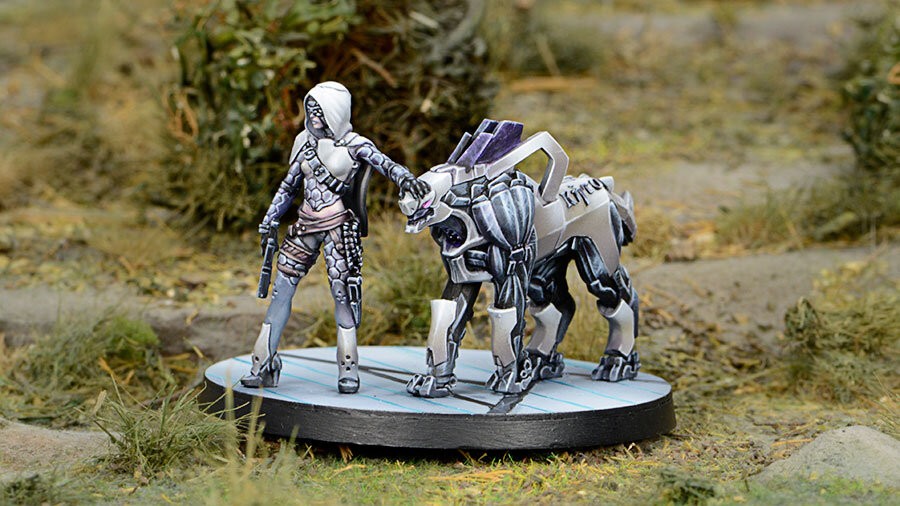 There is no shortage of named characters in the Steel Phalanx, which means not all of them are going to get used every game… or often at all! Today I’m talking about three of the most unpopular characters in the Steel Phalanx with fresh eyes, and maybe even convincing you to give them another shot. Now, it’s not to say that these units are outright bad, but with so many fun characters to pick from, it’s easy to overlook a few.

First up is probably the most controversial to be included in this list, Patroclus, or Baby Achilles as he’s sometimes called. Patroclus is essentially a Myrmidon Officer, who is a little faster, with access to a spitfire or MULTI rifle, an upgraded EXP CCW, and Holoprojector Level 3… but costs a buttload more points, and loses ODD in one of the profiles. Right, so let’s see what we can do here.

Well, right off the bat, he is a slightly better shot than the regular Myrmidon with spitfire, and can get Surprise Shot through the use of Holoprojector, making it really easy to hit someone with -12 to shoot you back. Since Patroclus is classified as MI, he has Forward Deployment in ITS missions, and as a character he can do a handful of classified objectives, and gets an ADHL in Hunting Party. Putting him in a Duo with Achilles V2 means that neither he nor Achilles are using their ODD profiles, which is something I’d personally avoid, but being able to deploy 4 potential Achilles V1’s may cause some turmoil for your opponent.

I’ve previously forgone the use of Holo 3 and downgraded to Holo 1 to deploy two Achilles V1, which was fun, but I’m not sure how effective it was. Perhaps the funniest time I’ve seen him used was my friend Nate (ITS: Natetehaggressar), who deployed him as an Agema with Missile Launcher against my Caledonians, which caused all kinds of headaches for my first turn.

Patroclus is really a remarkable toolkit, but he’s also incredibly expensive, and lacks shock immunity. If you’re going to use him, make sure you have a doctor to keep your investment in the game. With his powerful equipment and solid stats, he can be a real killer, just look out for those shock weapons.

Nate’s Take. After publishing this, our resident Steel Phalanx and Aleph expert, Nate (ITS: Natetehaggressar), dropped me a note with some extra thoughts on good ol’ Pat. First off, Patroclus doesn’t have Fury or Impetuous, so he’s going to get the advantage of cover all game, so when used as a solo piece, he’s going to be a bit better at dishing out those -12 penalties than many other Steel units. When you do use Patroclus’s Holo 2, be sure to have good lies available, the Agema I mentioned above is solid, since someone may try to blind him with White Noise, having generally opposite strengths makes people commit the wrong assets. Other suggested Holo 2 suggestions are Thorakites or Daikini Paramedics, both of which vastly misrepresent the threat. 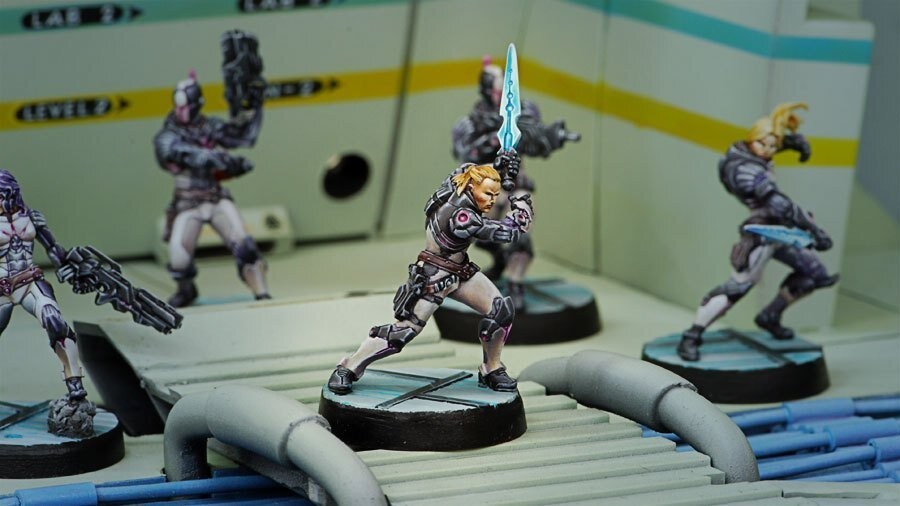 With such a short profile there isn’t a whole ton to be said about Thamyris. Having a pitcher is pretty handy though to get repeaters where you need them, and being a Journalist is somewhat relevant this ITS season as well. Furthermore, Thamyris is the cheapest source of Supportware in the faction, and has more helpful offensive hacking potential than an EVO, along with an extra point of WIP, more survivability from NWI, can kill things with his assault pistol and nanopulser, is a character for classified objectives, plus is easier to move around the table. While I generally love EVO hackers, if you’re not running a list that takes advantage of the extra benefits of EVO, Thamyris is probably a better choice.

Let me start by saying I absolutely love this model, one of the coolest in all of Aleph IMO. Andromeda is a forward deploying specialist operative with mimetism, solid CC capabilities, NWI, and stealth, Her stats are fairly average for Steel Phalanx, which makes them good in most other armies, and she has a decent array of weapons, so what’s the problem? Baby got back, in the form of S4, putting her on a massive 55mm base, making her very difficult to hide. Being able to go prone is absolutely helpful, but when hiding behind a low wall, sticking out over 2” behind it means it’s easy for someone to peek over it and see her still.

Now, the change to LOF rules has been significant for Andromeda. Since she’s on that big base, it was previously easy for the enemy to draw LOF to only the rear of her base, from her front, which previously meant she got no ARO. With the new LOF rules, she won’t have to worry about that anymore, but you’ve still got to hide 1/3 of her massive base to get cover. If the terrain you’re using consists of a lot of small pieces, then it’s going to be problematic, but on a “normal” table with large, blocky buildings, it’s much less of an issue.

Overall, for a mere 28 points, getting a W2 mimetism specialist with Forward Deploy L1, or 34 points for FD2, a combi rifle, and D-charges, is really not a whole ton for what you can do with that profile. She’ll have difficulty with stairs or ladders, but getting into melee with Guard L3 (-3 enemy mod, +2 damage, +1 burst), is pretty damn good. Since she is so inexpensive (by Steel Phalanx standard), I’ll be giving her more opportunities on the game table, but I’ll have to be extremely careful with her deployment, making she she has a path to where I want her to go on the ground level, with wide avenues.