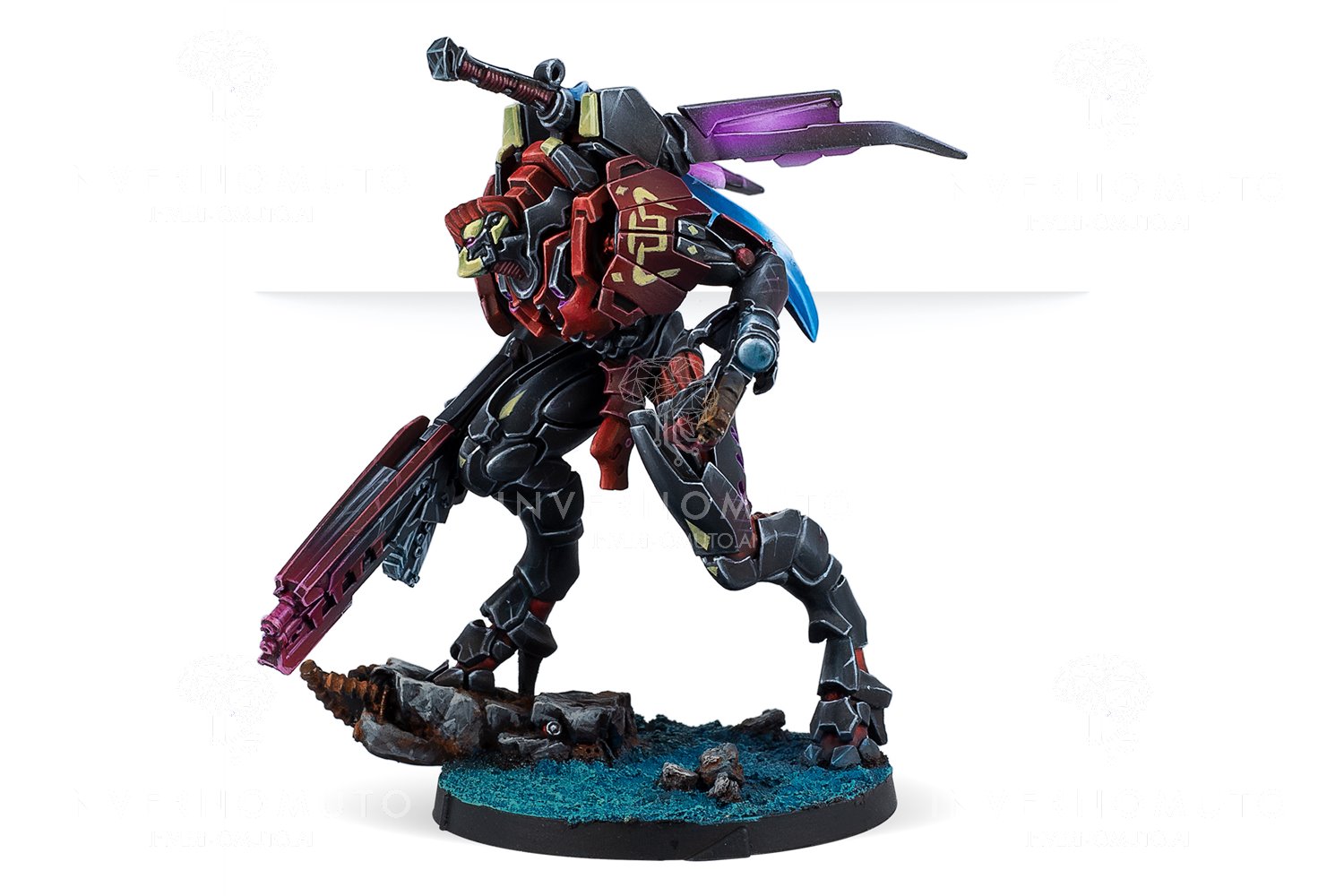 Let me start by saying I’m a new player.. So here we go. I placed my nox core on the right flank. The core is pretty beefy and I thought it would be able to take on most of what the hassassins could bring. I tried to space out me ikadrons so I would have an even distribution for my hacking network. My mentor lieutenant was on the left flank, leaving the decoy up on a roof to waste an order hopefully. I dropped my Sphinx right in the middle of the board, leaving it room to move to wherever I needed it and I had my malignos up field to cause some havoc or push buttons.

Hassassins spread out pretty evenly across the deployment zone and had a few infiltrating camo markers in the mid field.

Moved the Nox core forward and spent a bunch of orders trying to discover the Fiday. Ended up blasting it with the Sphinx.

Daylami Panzerfaust revealed and took out my Q-drone. Friday moved up on my left flank and engaged Dr. Worm. Asawira in the core moved up and took out an Ikadron. And the real kick in the.. Ragik landed on my right flank and isolated my T-Drone that I had left as my team leader.

Not the best second turn. I tried to kill the Fiday in close combat with my mentor Lieutenant and ended up losing Dr. Worm and the Mentor. I did move the Sphinx up on the left flank taking out the Fiday on my way up and spending most of the renaming orders trying to take out the Asawira and flailing. Last order was used to reveal the Malignos and move him to the back left quadrant.

Bastard took over my TAG!! Used it to kill two nox. Solidified his flank on my right side. Pushed a button and tried to reveal my Molignos

Oh no! The situation is dire, loss of Lieutenant. Basically spent all my command tokens. Removed the Possessed state and then spent the rest of my orders moving up my nox hacker and Malignos hacker. I flipped three buttons and moved the sphinx back to control my back field.

Hassassins move up. Take out the Malignos, take out the sphinx, hit two switches on my left flank and split the core on the left to control zones

Hassassins won 7-3 (duh)I thought I had it in the end but the Hassassin player had quite a few orders left over and was able to move up and do some real shit. I find dealing with the fidays very difficult and I believe I overexposed the Sphinx and taking that hit on the core team by leaving my T-drone as the team leader and getting isolated! I feel like I left my left flank pretty wide open,I should have deployed better. I learned stuff, I think I need to work on deployment for sure and really take me time at the end of turns to make sure units aren’t overexposed. I enjoyed using the sphinx but for the points cost I think I could use them better elsewhere.