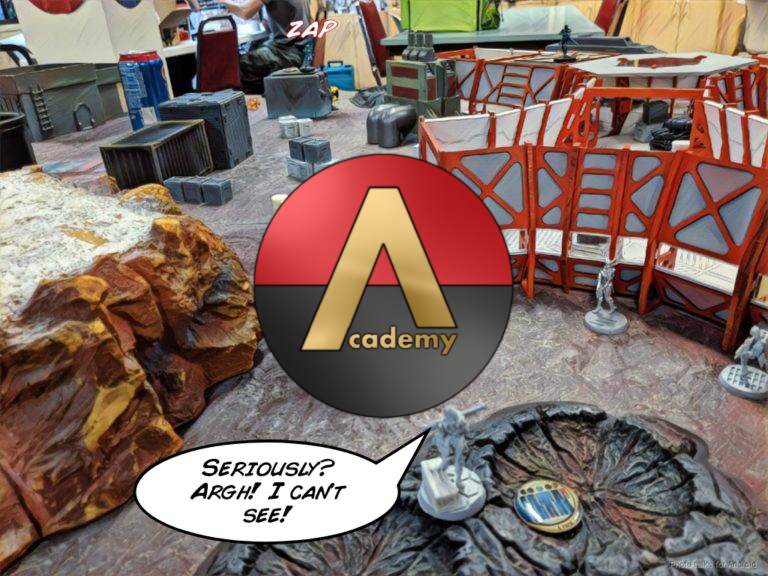 Those of you who read my battle report blog over at MercRecon.Net know that I’m not the biggest fan of link teams, particularly the full 5-man links. They’re difficult to deploy, represent a large investment both in points and board control, and suck down tons of orders to “fix” their positioning.

That’s not to say that they’re bad, but they represent a tradeoff between threat concentration/power increase and board presence/positional flexibility. It’s a similar scenario to TAGs–there’s slightly less trouble getting them back into a reasonable position at the end of a turn, but more of a problem with attack vectors thanks to hacking and additional E/M vulnerabilities.

June’s mission is all about making do with smaller link teams, particularly the 3-man Core. Play games forming core fireteams of no more than 3 members (taking backup members is fine if you want to reform after someone dies). Vanilla players, your option is the Puppet Bots!

The goal is for you to:

Once you’ve gotten a feel for how this shakes up your game and hopefully improves things for you, let us know how it went! As always, battle reports aren’t required, but we appreciate them as well as photos. The key thing we want to know is how this changed your interaction with link teams on the table. What changed, why do you like/dislike it?

Write in to [email protected], and you can share a battle report using this template with the same address: Bromad Academy Batrep Template. Time permitting, I’ll reach out to start a discussion with you, and post a summary of your feedback and our conversation to generate some more discussion. At the end of the month, I’ll randomly choose a participant to win a blister of their choice! As always, all factions are welcome to participate, not just Nomads, and ForCo and StarCo count as Nomads.

Let’s go over a few 3-man core examples, one from each faction, that I find attractive. We’ll go into more detail and discuss a few more in the mid-month update!

We’ll start off with Nomads. This is our only fireteam option, unless we take an EVO Hacker with TeamPro for Duos. I’m a fan of taking a second BSG for cost, because the AP Marksman with MML1 is basically the same thing as a Red Fury in most situations (yes, you lose out on the burst). Minelayer option on the Puppetmaster to help with his complete inability to defend himself.

Corregidor is next. With the new fireteam options in the latest update, this is a very capable 3-man core. HMG for obvious reasons. Lupe does work under 16″, and she can help get you there with smoke. The Daktari adds another specialist and a some more link resiliency for situations when the Brigada falls over.

Riot Grrls are great, but they’re quite expensive. The Haris profile is what you want in terms of kit, but you lose specialist operative. This core lets you take the Rev Custodier Haris if you want, retain the specialist operative, and you still get most of the benefits of the Riot Grrl team!

A full 5-man Hollow Man link is quite expensive. You can get most of the benefits and capabilities with this concession, and make more roof for Spektrs and other fun toys!

Starco. Free Company of the Star

This used to be the dream 3-man core for me, until we got the ability to do something very similar out of Corregidor. I’d venture to say that it’s stronger in Corregidor–you lose the all of Massacre’s kit, but you get regular smoke to set up for your Intruders.

I’ve got a few games in with this core and I like it. The ORC is more than capable of fighting things to a standstill with his HMG (the Feuerbach is also a viable option) and Valkyrie can cover the closer range bands. Avicenna keeps everyone up and running and handles all button pushing tasks.

And that’s it for now! We’ll go into some of these cores in context, as well as some other cores, in the mid-month update!