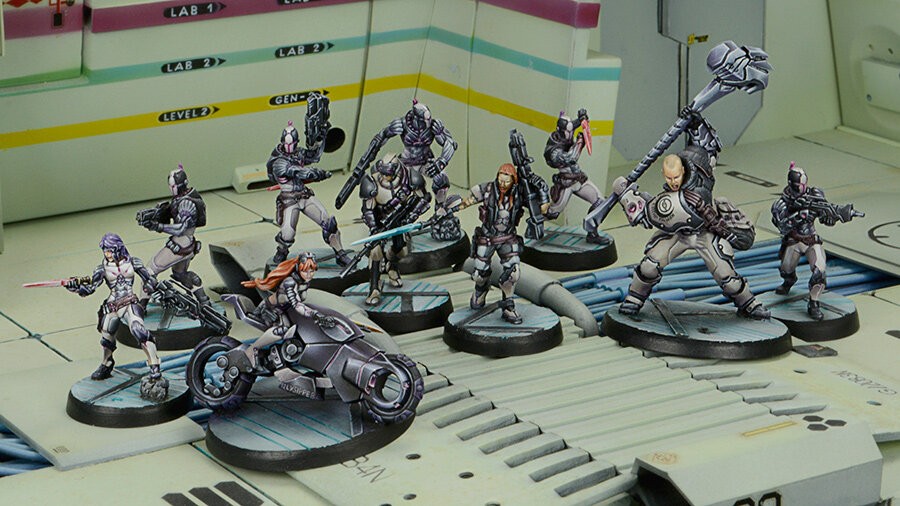 Ever since I started playing Infinity, I’ve always taken notice of the Steel Phalanx models. What’s not to love about them? They have awesome fluff, have a fantastic aesthetic to build from, and hit like a freight train on the table! When they came out, they were all the rage for quite some times, but over the last couple years I’ve seen their numbers dwindle. Not content for my meta to miss out on the wonder that is ODD, I decided that I should take up the mantle and spank my opponents with these Greek hoplites.

I have a wide range of Infinity knowledge to grow from, and while I’ve faced the Steel Phalanx on many occasions, I’ve never actually played a game with them myself. From my experience facing them on the table, and my time futzing around with them in Army, I’ve decided that I should really do a series of articles covering the units, much like I’ve done with USARF, Druze, Ikari, and Morats. Furthermore, I really need to delve into what makes Steel Phalanx unique and interesting on the table, which is what I’m going to talk about today.

The four main themes I’ve found, regarding how the army works mechanically on the table, are:

First up, let’s talk about what it means to be an elite army. In Infinity, your most important resource are your orders. If you don’t have orders then you can’t accomplish objectives, and you will have a hard time stopping the enemy from winning the game. In most Steel Phalanx armies, you’re going to have fewer orders than you’d like, this is because most of the units are quite expensive, so you need to make up for it somehow. This is where the concept of Order Efficiency comes into play, which just means, if it takes you fewer orders to do something, then you won’t need to use as many orders, kinda obvious.

Steel Phalanx armies increase their Order Efficiency in a few ways. First of all, they have good stats to begin with, their baseline BS is 12, which is very respectable (especially when augmented with an ODD), and many of their specialists are WIP 14+, so have decent odds of pushing buttons in ITS missions. The other way they increase their efficiency is their ability to form Enomotarchos fireteams. Finally, the added resilience of many of their troops, through the No Wound Incapacitation rule, means it will take more orders for your opponent to take you down, reducing their efficiency.

On top of these methods to improve efficiency, Elite troops come with a very solid toolbox, most models in the army have a direct template weapon (nanopulser) in addition to their normal gear, can handle a fight in close combat, and is also an effective gunfighter. Steel Phalanx troops are never short of options, but understanding when to use the tools you have is probably the most important thing to learn.

Unlike most sectorials, which are allowed a single Core and a single Haris, Steel Phalanx gets an unrestricted amount of Enomotarchos fireteams. Limited to 4 models, to form an Enomotarchos team, you will need to take at least one model with the rule itself (kinda like Haris). This important rule however, only lives on a few named characters, and you’ll need one of these characters to form the fireteam:

So basically, you’ll always be taking named characters of some sort in a Steel Phalanx army, and you’ll build your fireteams around them. The downside is that all these characters come with a price tag, so often you may want to consider running a handful of 3-man teams, instead of always going for 4.

While not as ubiquitous as the nanopulser, Steel Phalanx has incredible access to this great piece of gear. If you’re unfamiliar, it is a -6 modifier to enemies shooting at you, but can be negated like camouflage with Multispectral Visors. You’ll find ODD on Thrasymedes, all the Myrmidons and their named characters, Achilles, Hippolyta, and Penthesilea. This amount of coverage makes it quite possible that the majority, if not your entire army, can be protected by it. Units like Phoenix and Thrasymedes really abuse the hell out of hit, increasing their respective rocket launchers to B3 with fireteam bonues, then inflicting an extra -6 to be hit on their opponents, allows them to dish out some incredibly effective firepower with little chance of retaliation.

Close combat is probably the least order efficient means of killing enemy troops in the game, you have to spend orders getting into place, avoiding enemy firepower, and then it usually comes down to a single die roll off. That said, when it is the right thing to do, it can be devastating. Take Penthesilea for example, she’s on a crazy fast MOV 8-6 bike, with ODD, NWI, and I-kohl L2, when she moves into base contact with the enemy, if they opt to shoot they’ll be at -12 (I-Kohl + ODD), or if they fight in melee they’ll be on 1 dice at -6 (from just i-Kohl), all against her single dice on CC22 (which nets +2 to the dice roll).

The caveat all here is that when you’re so good in melee, it’s often easy to get sucked into the trap of thinking it’s what you should be doing at all times. So like nanopulsers, keeping an eye out for the right opportunity to use them is going to be a lot better than trying to use it at every opportunity. 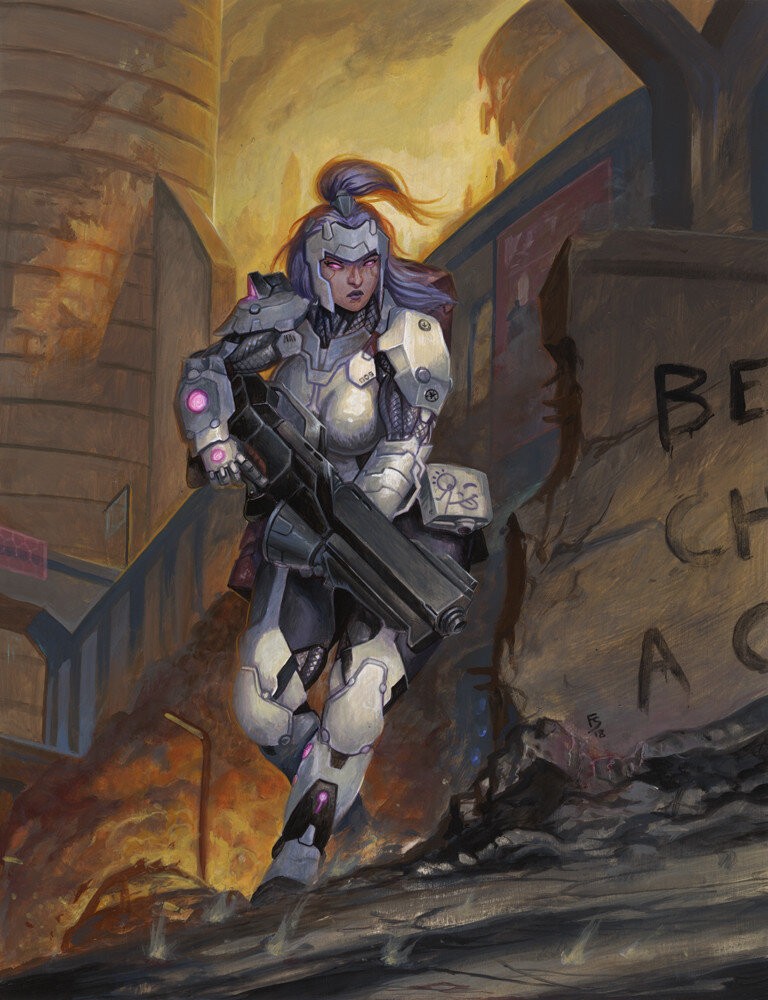 With these thoughts circulating in my head, my next step is to take the army to the table. I’ve assembled just about every miniature in the army, only waiting on a few odd characters to finish it all off. If it wasn’t for this campaign, I’d be deep in the steel already, but oh well. At the very least, I’ll probably play them at the Ragnarök Satellite in Vancouver come November, though with only a few games under my belt, so we’ll see how that goes.