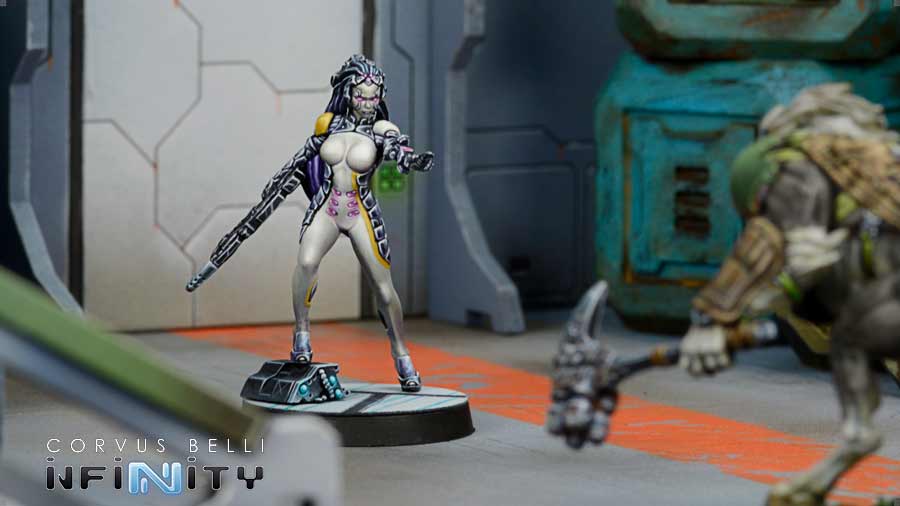 Battle Reports
2020-10-232020-10-23 WiseKensai 0 Comments bam026
Hey there,
I really like the channel and all the content on twitch, web as well as youtube and decided I’d send in a battle report from this evening’s game against my friend khav.

For the past week or two I have been trying out different variants on a Asura Spitfire SML list and having a lot of fun. I run it aggressively with double danavases to get up the bord and extend my repeater network with pitchers.
The asura is there to be another attack vector and is backed up by two infiltrating FO’s in the Naga and the Proxy MK.5.

Khav had a lot of new units that I haven’t faced yet (Zoe, Szalamandra and the Chimera & Putniks) so I was excited to see how the game would pan out. Don’t remember his list exactly and I do know he had a few morans as well as some paramedic REMs that are not listed in the attached army lists.
Khav won the Lt roll off and chose the board side and for me to deploy first and I chose to go first.
I put the defensive fireteam in a DZ building in the back overlooking two of the 3 supply boxes. One danavas on each side, naga on my left side and the mk 5 on the opposite side.
Khav had his puppet bots deployed with Pi-Well on the left side of the board, Zoe and the Interventor in the middle backed up by the zondnautica and the chimera. He had his szalamandra on the right side and two morans in the midfield with crazykoalas guarding one supply box each.

First turn went as planned and I ran up with both my danavases. My first picher landed and I was able to spotlight the TAG. Spent all my orders in group two with my SML to put two wounds onto the TAG and he while he was dodging out of repeater range. On the other side I got another pitcher in front of the Moran and got him spotlighted as well. After that I ran up the middle with my Asura and attempted to take out the TAG but was not able to get the last wound in and the firefight resulted in my Asura taking two wounds and eventually failing guts. With the remainder of my orders I was able to retrieve of the middle supply box to my DZ.
In Khavs first turn he was able to kill off both my danavases. One with the pilot of the Szalamandra KHD and the other one with the interventor via the morans repeater. After that he assaulted my Asura who was left in cover in the midfield. I was able to dodge into a more safe spot but eventually he surrounded me with all three Pupniks. The pivotal moment of the game was during their close combat where the Asura saved 6(!) damage 13 cc attacks from the Pupniks and was able to nanopulse two of them to death.

I traded my FO Naga to spotlight and bomb the chimera to disable the Pupniks surrounding my Asura. After that I went after the Zondnautica with Asura and was able to take out both the zondnaut and the zondmate and pulled back into supressive fire defending one of the lanes.
In Khavs second turn he was able to heal back his TAG to full health as well as pull the Chimera back up as well. After that he used Zoe to make a run and retrieve the left hand supply box.

Made a risky play with the mk5. and attempted to tank a crazykoala to grab the last supply box. Fortunately it was a success and I was able to bring back the supply box to my DZ. I used my paramedic dakini to bring back my danavas and pick up one of the supply boxes that was in my DZ. The MK5 handed the newly retrieved supply box to the danavas who went into cybermask and hid. Ending my last turn the paramedic dakini had one box and the danavas had the second one.
In Khavs last turn he was able to throw down smoke for his TAG and pick off my defenses and got a kill on my dakini paramedic. In the last order of the game the pilot dismounted the TAG and retrieved the supply box for the Nomads.
End score.
OSS 1 to Nomads 2.
Very fun game that got interesting due to the Asuras lucky 6 saves vs the pupniks.
Running the SML list has been a lot of fun and I am trying to fiddle with the points and what the optimal build would be. Having an additional netrod in group one for a full 10 orders, a yudbot to assist the MSR dakini in the fireteam or running a paramedic dakini in the fireteam. Khav is a terrific infinity player and always offers a lot of advice and great sparring.
Hopefully you guys enjoy the batt rep and keep up the great work, enjoy dice abide, mercrecon and bromacademy a lot!
thanks,
Sam