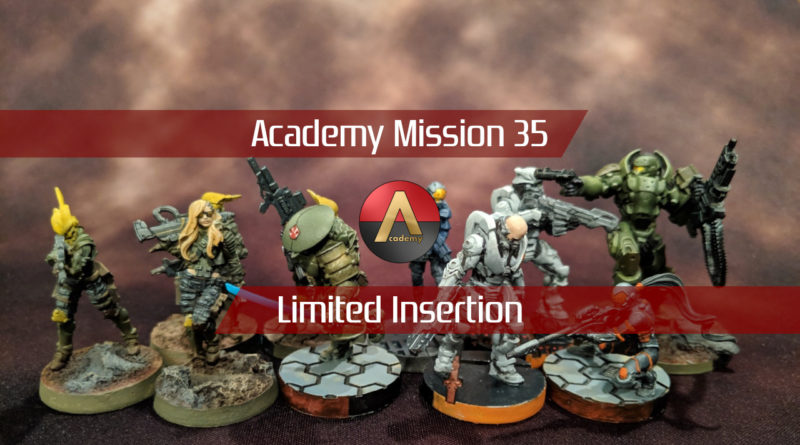 I gave this months mission a try with ISS. I have been having a tough time getting ISS to work. I don’t like playing conventionally so running Su Juan or even trying to use a kuang shi link to run up the board and trade with higher units isn’t appetizing to me. So this mission gave me a way to play ISS unconventionally and maybe provided a blue print for how I use them in the future.

Up to this point I had stuck with bringing kuang shi just to get max orders and running a lot of the lighter infantry to round out my lists. Being limited to one combat group I figured to give the Wu Ming a try. They don’t have flashy abilities but playing them I found their stats are too good to ignore anymore. Played Looting and Sabotage against Corregidor. Used a core link composed of wu Ming tin bot, wu ming heavy rocket launcher, adil (chain of command), zhanying missile launcher, and crane hacker. Rest of my list was killer hacking ninja, HMG LT hsien, 2x smoke celestial guards, and kanren. Thought was to have a bully core team that could also hack and then plenty of smoke to cover hsien and any other movements. Kanren was to try and play tricky with minelayer to show a camo token to make my opponent think it was luna. Unfortunately my opponent wasn’t too familiar with ISS so it was a waste.

I had won the LT roll and chose to deploy. To my surprise my opponent chose to go second. This certainly made it tough first turn losing two orders off the bat. My opponent had two missile launchers in a core team providing overwatch. Decided to smoke my hsien and at least try and out burst them to take them out one at a time. Unfortunately my smoke launching guard took 3 orders before finally passing a BS roll and then my hsien was only able to put a wound on one of the launchers and took a wound. Had to reposition my core team in a defensive position to prepare for his tag to come stomp my lines. From here things went south fast. My opponent picked me apart each turn and I wasn’t able to effectively deal damage and ended up losing 10-0.
Valuable lessons were learned in that I need to prioritize what I need to accomplish on my turns. With limited orders it’s best to go the path of least resistance. I should’ve taken my KHD ninja to the enemy link team and killed the hacker in the link to at least to take away the +3 ability before firing at them with the hsien. Probably would have taken my entire first turn to get to and kill the hacker but would’ve been able to probably put my opponent in a pickle with needing to dig out a ninja in his DZ. Also would’ve helped free up my link team to move more freely and compete with the missile launchers later on.

I took these lessons and applied them to a game with a similar list a few weeks later. Didn’t pull out a win but it came down to the last dice roll and was a much more competitive game.

Thanks for posting these challenges certainly enjoy them.