Mission 005 – To Infinity and Beyond!

This month marks our first non-Nomad submission! Thanks to Josh for sending in an epic super-jumping Dog Warrior chain rifle story! Super jump lets you negate the “deploy Lt prone on roof” strategy, so don’t forget to use that when you can!

inane.imp wrote in with a game of Decapitation as well, where he breaks down some of his decision-making and calls out some key takeaways for us in the Bromad Academy.

If you’re looking for some beautiful paint jobs, look no further than just below with David’s MULTI Rifle Hollow Man. It even comes with an after action report. You can check out more of his eye candy at OSO Graphic. I also want to call attention to David’s practice of not overspending orders on something. It’s good to build this habit to get you out of tunnel vision, even if sometimes you just HAVE to dump the rest of your orders to push the button for the win.

Remember to leverage verticality to your advantage in your games! To borrow what Luke wrote in with, the key is to be “cheeky” with your Super Jumping! Remember, they never look up! 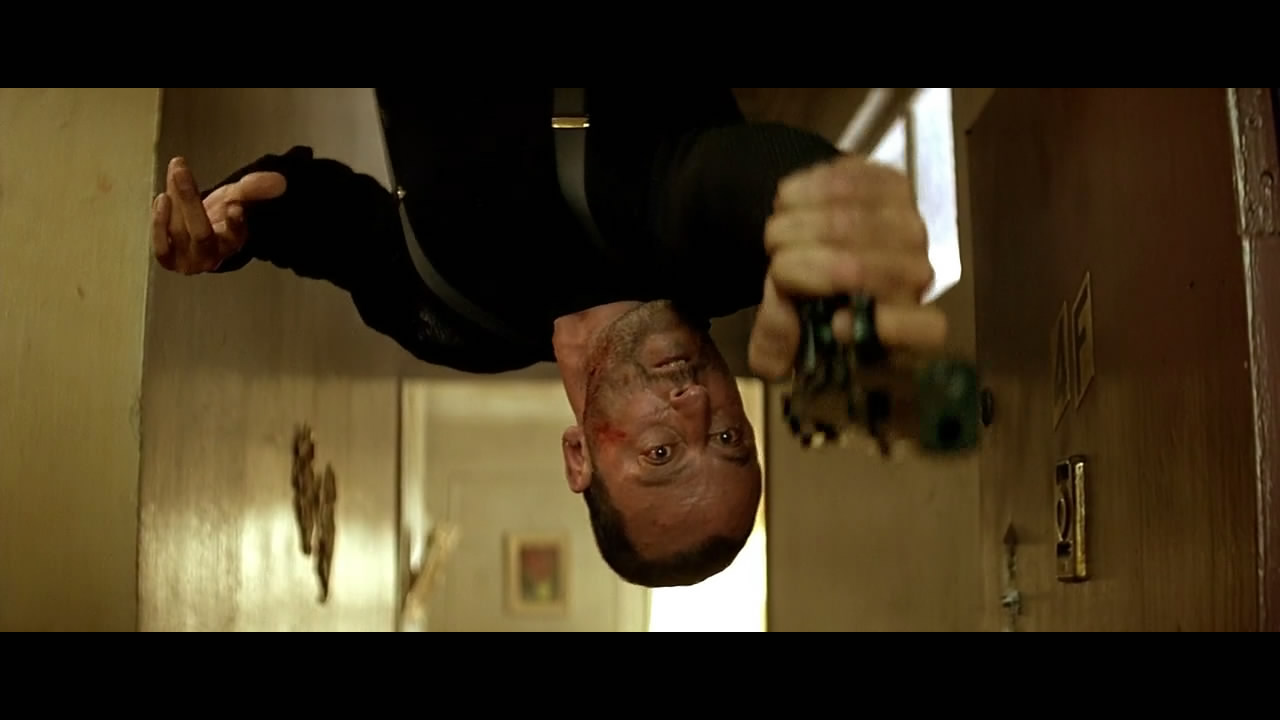 And that’s it for this month. Thanks for reading, and Happy New Year! May 2019 bring you and yours health and happiness!

This month’s winner of a blister of their choice is inane.imp, chosen by random.org!  Thanks for writing in, everyone! — WiseKensai

Not a nomad report but I wanted to share my awesome super jump experience. I was playing a game of decapitation and had to kill his lieutenant. The man (or dog) for the job was the dog warrior. My dog warrior ran down the table through a bahg mari link team dodging all his shots. One shot got through and put him into dog form. I was close to the building where his LT was hiding so i decided to jump in the air in front of a slew of AROs. Firing two chain rifles at Stephen Rao mid air, Rao tries to dodge but can’t avoid the hot lead. All of his shots hit the dog, two bagh mari rifle shots, a heavy shotgun from a bot, flame thrower from the bots servant, even a monofiliment mine from a naga. The dog warrior failed one save and stayed standing.

Ever since then I always look for ways to jump across the battle with the dogs of war.

Love what you do keep it up!
Josh

My original goal when I added the Hollow Man to my list was to utilize Super Jump and the BSG to exploit unexpected angles on my opponents models. That was before we’d drawn our shared classified objectives.

When I saw NET-UNDERMINE I realized that my list had no Elite or Chain of Command Troops. However, to my surprise and relief Hollow Men do have the Veteran Classification. So, It was time to leap that little bugger across the rooftops and secure the objective! With a solid WP13 you’d think that this would be a piece of cake, alas with my crappy die roles I couldn’t pull it off. After 2 botched attempts (I don’t like wasting more than 2 orders on a single goal), I decided to go back to my original plan and reduce my opponents orders pool. Which the Hollow Man did splendidly!

My favorite strategy was positioning by a wall just behind a soft Regular target. Next order leap over and behind said target and shooting. If they aren’t dead after that +6 BS to the face, do it again but from their back arc. I did this to a few Dakini and reduced those orders very efficiently. Next turn I was able to secure that elusive objective and win the game.

Side note: Tunguska doesn’t have access to many Veteran Troop, Elite Troop, or Chain of Command Classifications. A point to be aware of for list building and another strong point for fielding the Hollowman Link Team in the future.

Hey, having heard about the academy on white noise I had a speedy lurk and thought I would share a small but quick experience I had trying to take down a cutter with a coordinated order.

I am really new to infinity and was pretty pleased with my self when I worked out that I could super jump the hollow man up into the air from behind a building to add the 4th member of the order for a free cheeky multi rifle shot that otherwise I wouldn’t have had.

Keep up the good work and I look forward to your next challenge.

How did taking out the cutter go? — WiseKensai

It went well! The mission was frontline and it was the last thing dominating his back zone. So the coordinated order was spearheaded by a hmg kriza, lunokhod, pi well and finally the jumping hollowman was the last shot I could get in to the order. It went down flaming my lunokhod but it went down!

In my next game I will get some pictures for you and do a proper report!

Bran Do Castro figures heavily.
Unfortunately, he didn’t do much jumping, just a lot of climbing. His position was such that a super jump would have gotten him tagged by a bunch of volunteers. I might have been able to jump while prone to get an angle on just a few though.
Something to consider for next time.

So eventually I managed to play a game especially to highlight the use of a Super-Jump on Brand and guess what… he failed his Infiltration roll (on 16s!). After all table wasn’t too good for Super-Jump troopers. There’s also a thought that occurred to me after that game, but more on that later.

So once again, I am a Bakunin player and I pick Bran probably as often as lt Moderator 😀

Aaaaand his Super-Jump skill is not often used. He has some great plays with his Superior Infiltration and Boarding Shotgun (I think in one of his first games in my lists he took out Black Friar and a FP (not sure about that one) Drone, and then moved up to kill 3 Fusiliers with one Order (LT included) and the enemy started his first turn in LoL.

Probably I have too little practice with Super-Jump or I prefer having a good spot vs enemy troopers rather than having a vantage point to use his skill.

HOWEVER, we had a Satellite in November in Warsaw and I had a big dilemma about Bran. There’s only one photo from that game I have found.

The thing is happening near enemy DZ. I pull my SWAST Taskmaster in to clear part of that board for Bran. Bran climbs the building with TR drone down in it’s G: Rem Presence. Finishes it and Servant on the same roof. Then I face a possibility of taking out enemy Engineer on the top of nearby building. I would have to Jump over, but I felt like it was over 4 inches from my side of the board. But I could possibly hide behind the pillar, reCamo and then make a Entire Order 8″ jump.

Instead I decided to exchange a couple of shots with the Specialist on the rooftop edge (3 orders sinked in, both of us alive and well) and then hid behind the pillar. Not enough orders and the risk of being Discovered on the way was too great.
What I think that I could possibly pull that, If I recamoed on that rooftop and tried to jump over the gap ignoring the Discovers on the way. After that turn the Specialist turned on the Suppressive Fire and I was basically done.

Coming back to the game when he failed his Infiltration roll, I was pushing it in too hard. I forgot about one Camo marker on the rooftop. After failing Infiltration I put Bran on the left side of table with intention to jump over the building (Climbing+ would have worked there too just as well) and go forward. Camo in enemy DZ turned out to be T2 Sniper Cateran, I decide to Dodge on 2nd Short and he hits and kills me. Not a great start. Again I think being in a Marker State would have helped him a great deal.

So 2 thoughts on that skill:

I will have to work on using Bran with Combi to pick targets out of Cover in the incoming year.